The Altarpiece by Jacopo da Bassano, dated 1548, is located on the northern wall of the Cathedral of Santa Maria Assunta in Asolo. Originally it was in the first altar on the left dedicated to Sant’Antonio Abate and from there it was removed in 1872. The painting is very similar to Lorenzo Lotto’s Asolo altarpiece, both for the same subject and for the same dimensions; in fact it is thought that it would replace the oldest table, that of the Lotto. The figures, more sinuous and elongated than the previous works of Bassano, refer to the model of Parmigianino, thus leaving the plastic dilation of Pordenone. This turn is clearly visible in the Virgin, crossed by an almost spasmodic movement, accentuated by the swirling folds of her dress. In the technical evolution of the Bassanese the brushstroke becomes more fluid and the pictorial surface illuminates more. 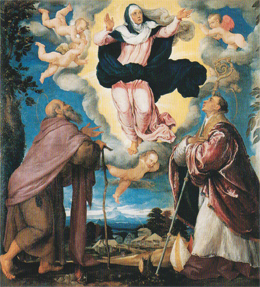 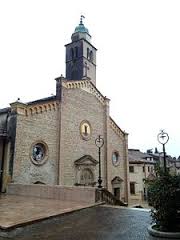