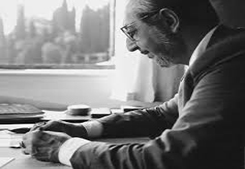 Carlo Scarpa (Venice, 1906 – Sendai, Japan, 1978) was trained in his hometown, attending artists and intellectuals who met at the Biennale and at the Academy of Fine Arts, where he graduated in 1926 as a professor of architectural design.

If in the territory there are two of the greatest examples of its architecture, the new wing of the Gipsoteca di Possagno and the monumental tomb Brion of San Vito di Altivole, in Asolo nothing remains.

Except perhaps,in the municipal archives,there is traces of a much opposed project for a private house (Roth house).