This unusual complex is in the heart of Roncade in the province of Treviso, inside a medieval style boundary wall with towers, built together with the villa on the site of an old 12th century castle that belonged to the Sanzi family and which was destroyed by Cangrande della Scala.
After crossing over the bridge over the moat around the property, you pass through the main entrance under two impressive cylindrical crenellated towers, which opens onto the internal lawned garden, which is dominated by centuries old pine and magnolia trees, and along the central avenue there are two rows of 18th century statues of military figures. In front of the villa the paved courtyard is flanked by two Italian gardens with geometric flowerbeds and paths lined by low hedges, while to the rear there is a wood. On the long sides of the boundary wall, there are two arcades with large arches; at the end of the one on the left there is the church of St. Anna, with a marble medallion on the façade with the effigy of St. Lorenzo Giustinian and inside the terracotta busts of the first owners, sculpted by Jacopo Sansovino.
The villa was designed by Mauro Coducci, who was commissioned by the Venetian noble Girolamo Giustinian and his wife, Agnesina Badoer, at the end of the 15th century. The complex is pre-Palladian in style: a single three-storey parallelepiped with a simple flight of steps and central jutting pronaos on the main façade, with a double renaissance style loggia with large rounded arches defined by Tuscany columns that hold up the denticulate tympanum. To complete the façade there are the openings that underline the three floors; long arched windows on the two lower floors, small square ones on the top floor. Unusual quarter-circular balconies in line with the loggia on the piano noble and the two large cylindrical chimneys that tower out of the roof.
The interior layout is classic style, with a central passing hall and secondary rooms to the sides. It contains some very precious decorations and finishes: pictorial coats of arms, stuccowork and original floors, such as the antique pastel in the piano nobile or the 19th century Venetian terrazzo flooring.
The Italian command had its headquarters there during the first world war and it was later seriously damaged during the second world war. Duke Filiberto of Aosta and Gabriele DAnnunzio both stayed there.
Today, thanks to the latest owner Baron Vincenzo Ciani Bassetti, the complex is the headquarters of a wine making centre and an agritourism. 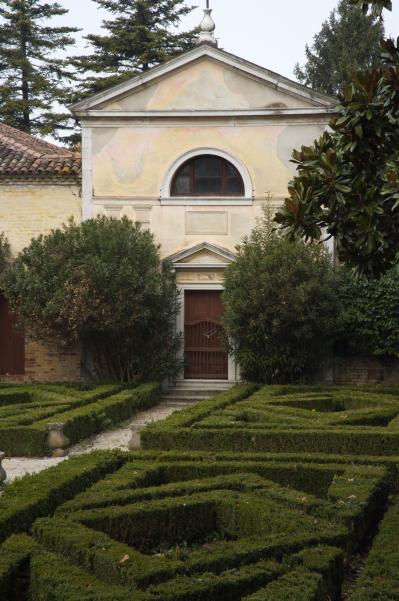 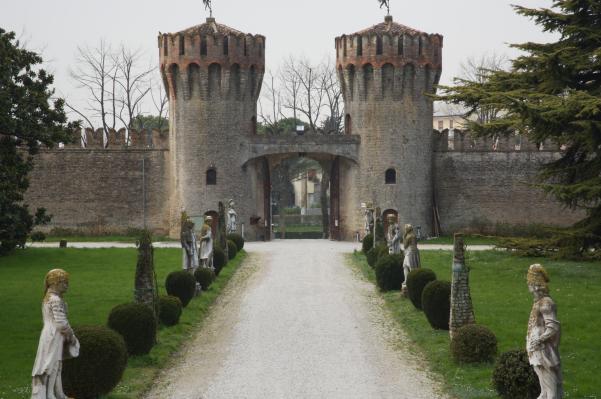 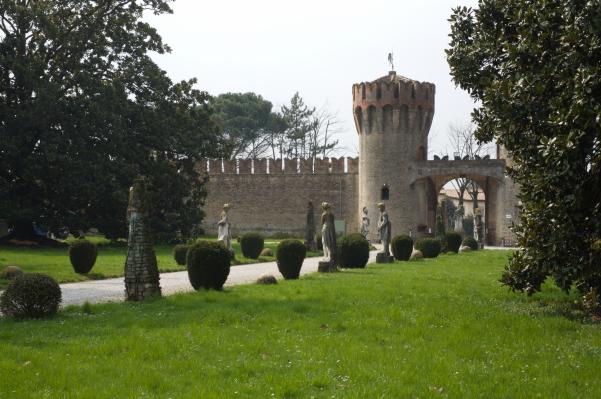 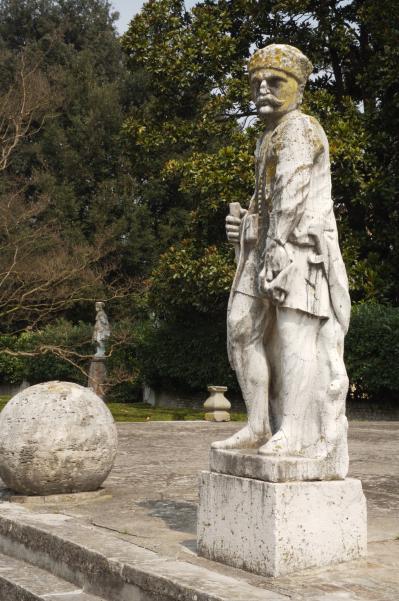 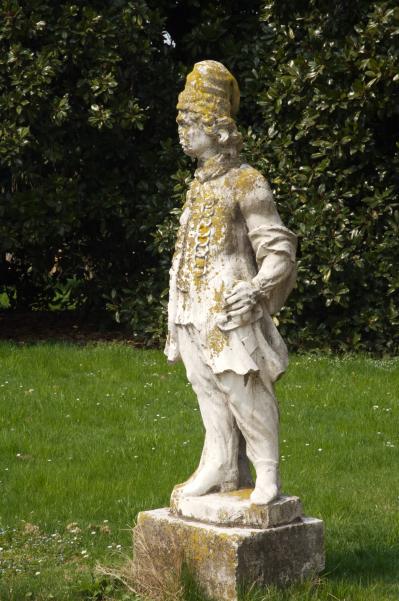 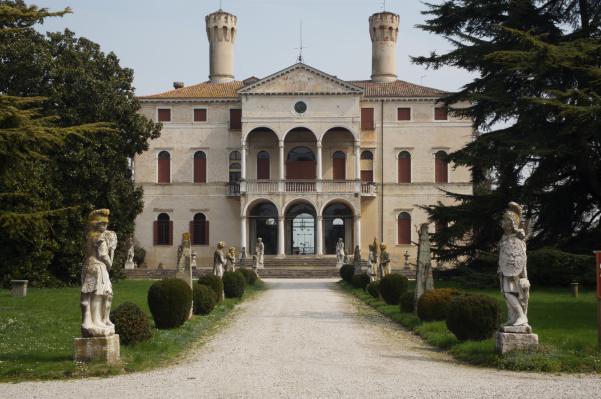