The work was commissioned by Onorato Gaetani of the princes of Aragon.The group represents a story taken from ancient poets: Ercole, maddened by the pain procured by the tunic, drenched by the poisoned blood of the centaur Nessus, threw into the air the very young Lica who, unaware , he had delivered it to him on the orders of Deianira. The group follows an absolute geometrical accuracy. The hero appears in a moment of maximum muscular tension, caught in the act of lifting a foot of the unfortunate boy who, in vain, opposes resistance by clinging to the altar behind the hero and the lion’s skin, abandoned at his feet. Lica appears lifted off the ground and suspended in the air for a moment before being thrown into the waves of the sea. The group, with the arched tension of the two naked bodies, emanates a great energetic intensity that has apex in the desperate scream of the child and in the angry features of Hercules, crossed in a thick beard of curls.The hero appears completely naked, if not for the very thin veil covering the muscle mass. 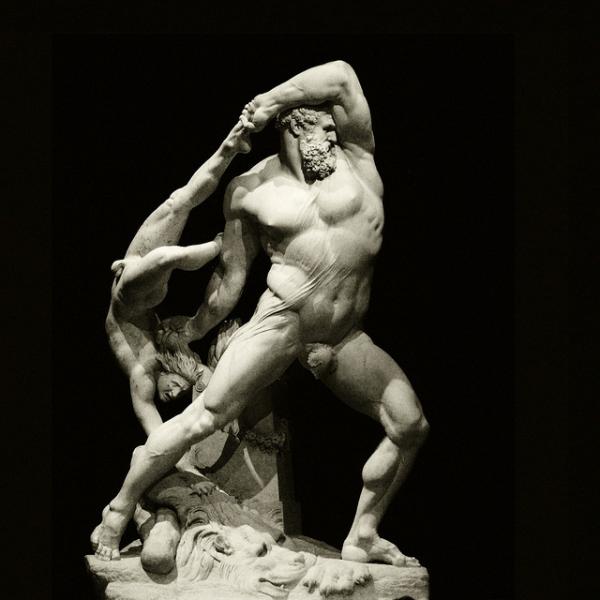 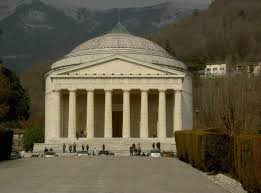