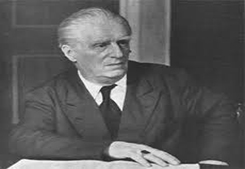 On October 1910 Malipiero married Maria Rosa, daughter of the Venetian painter Luigi Rosa, and for the first time visited Asolo, a place from which he was fascinated.Then he returned twice more to devote himself exclusively to the composition.

In April 1922 M. married as a second wife (the first died the previous year) Anna Wright, with whom from 1923 he established the residence in Asolo. In the same year he founded with Casella and D’Annunzio an association for the diffusion in Italy of new musics, the Corporation of new music, immediately affiliated to the International Society of contemporary music.

He died in Treviso on first August 1973.

The Istituto Musicale GF Malipiero was founded, which boasts twelve instrument locations (Asolo, Caerano S. Marco, Castelcucco, Cavaso del Tomba, Fonte, Loria, Maser, Riese Pius X, Paderno del Grappa, Pederobba, Volpago del Montello , Tombolo)join by the same objective of proposing a model of school that offers a quality service, able to respond to the needs of the students and to the questions of the families.