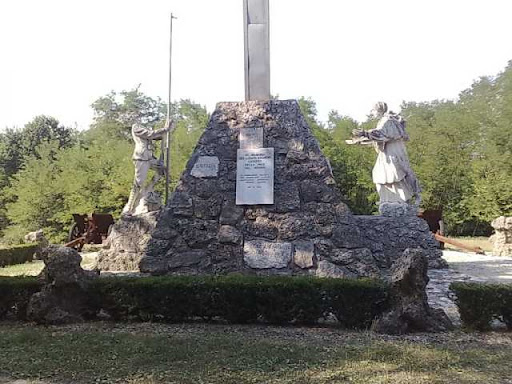 In santa Croce del Montello. In a splendid elevated panoramic area there is an open space with the monument dedicated to those very young fighters. The monument commemorates the soldiers of the youngest conscript class called to arms during the Great War, in the hamlet of Santa Croce, which is also known as the “City of the Boys of ’99”, due to its role during the last year of the conflict . The eighteen-year-olds of that time were already employed in the Battle of Arrest at the end of 1917 and then in all the main actions of the Royal Army, deserving the affectionate esteem of the Nation, often depicted in the monuments as a grieving mother.From the bell tower of the Church, three times a day the tolling of the bells intones the “Canzone del Piave” by E. A. Mario.