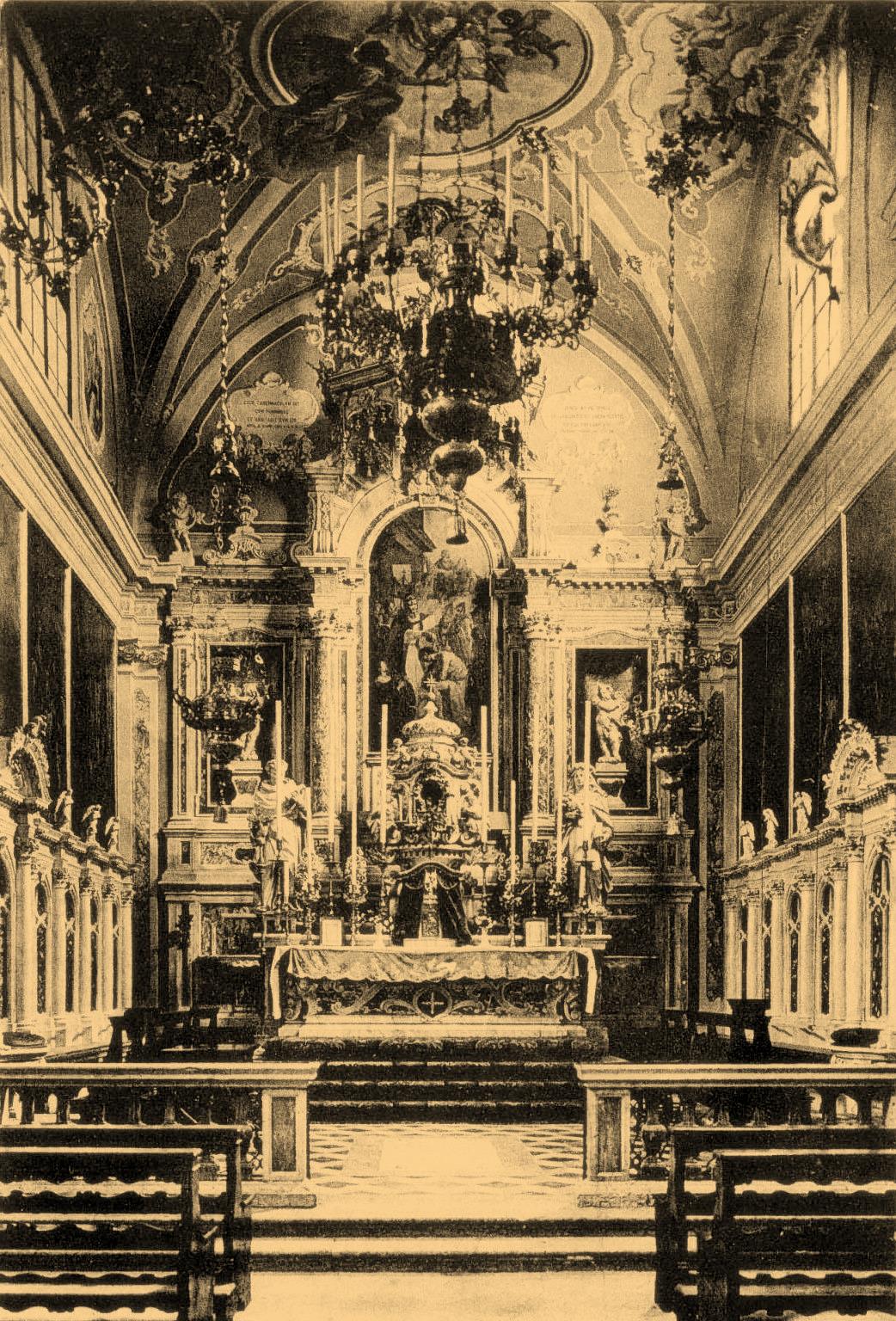 Audio to discover the major altar

The high altar of the church of Selva is the result of the combination of two distinct others of different origins. The rear elevation, a serene of polychrome marble of great scenographic impact, belonged to the altar of the church of the demolished Certosa del Montello. The canteen and the superb ciborium come from the church of San Secondo di Venezia. It was Don Saccardo who, in 1812, following the purchase of the dossal from the Certosa, decided to combine the two altars giving rise to a composition that contains the artistic and sculptural inspiration of two of the leading exponents of Venetian architecture and sculpture.

The dossal, by Giorgio Massari (1687-1766), is divided into three parts: a central one, architrave  and two lateral ones, lowered and architraved. Two small angels from the church of San Martino di Murano have been placed in the niches of the side parts, whilst  in the central part there is the altarpiece by Vincenzo Guarana which represents the baptism of Constantine by San Silvestro I papa. The shells that can be seen on the top of the central arch bring back the suggestions of the Rococo and fit well into the style of the entire work.

Mensa and ciborium are probably the work of the main exponent of 18th century Venetian sculpture: Giovanni Maria Morlaiter. Only by observing them closely can you grasp the high level of sculptural mastery that was used to make the work. Widening the gaze to the entire presbytery it is right to mention the two chairs, also by Massari and coming from the Certosa, and the two statues of incomparable artistic excellence placed on the sides of the presbytery represented San Domenico, on the left, and Santa Rosa on the right . There is no information on the sculptor who made them but you can certainly see the high artistic level 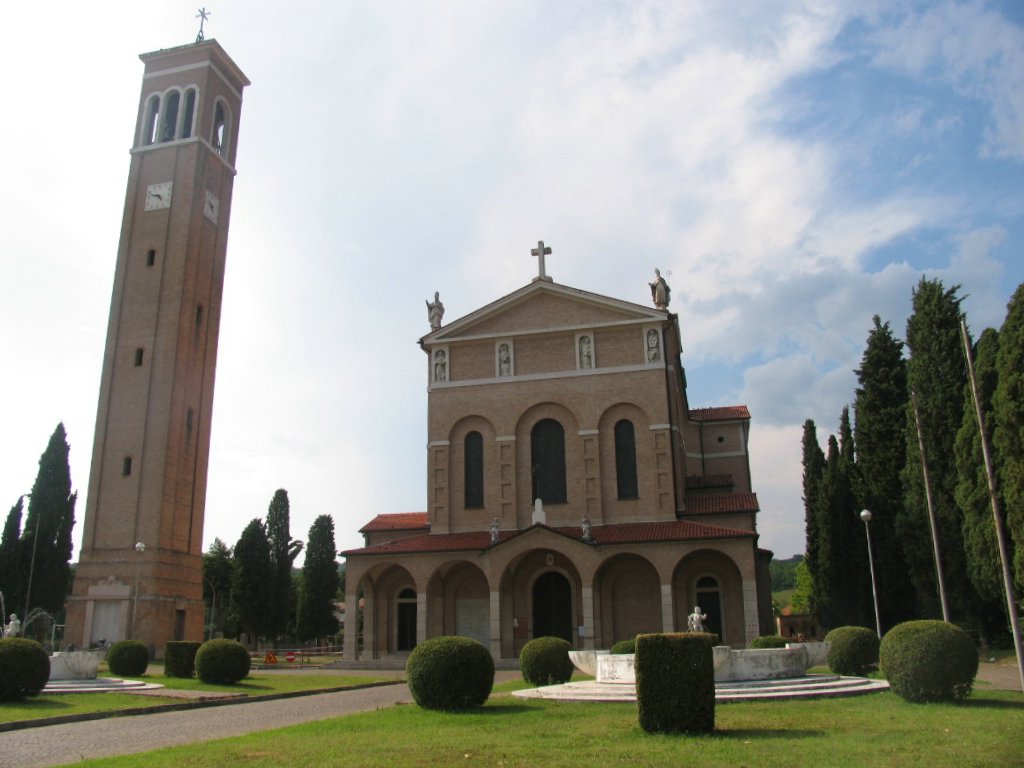 THE CHURCH OF SELVA

Audio for the church of Selva history

The current church of Selva was built, in record time, between 1932 and 1933. The ancient, millennial church, which stood in another place, was destroyed by a tremendous cyclone that fell throughout the Montel area on July 24, 1930 .

The first stone of the new church was placed on March 26, 1932 and on December 31 of the same year the first mass was celebrated in the new temple just covered. On February 26, 1933, the church was blessed and began to officiate; between 18 and 19 March 1950 the church was officially consecrated in the presence of the Bishop of Treviso Antonio Mantiero.

The desire to build a new church was born in the late 1920s as the ancient church of San Silvestro was inadequate to contain the growing population of the town. The factory entrusted the project of the new temple to the architect Fausto Scudo. Various projects were presented with various architectural solutions. In one of the drawings, for example, two apses appear in place of the current side portals and the bell tower is cylindrical. The terrible cyclone of 24 July 1930, which destroyed the old church, accelerated everything. It was decided to build the new church in a different place from the previous one of which no tangible sign remains. The new temple, majestic and imposing, gathered the marble and pictorial works that survived after the collapse of the old church and that today we can admire in all their ancient splendor. 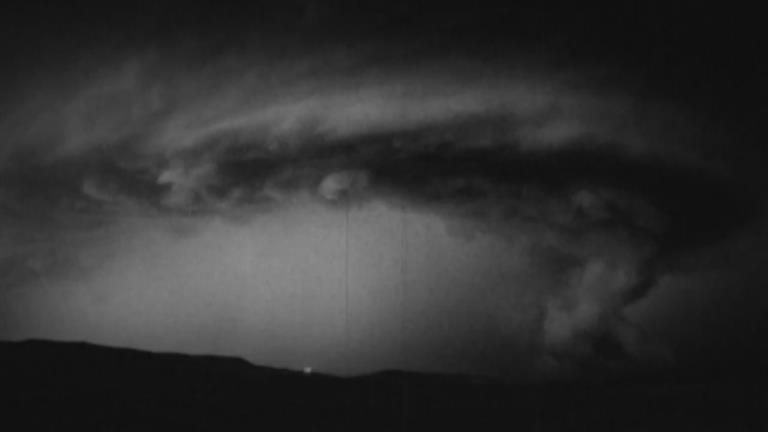 On July 24, 1930, the Montello area was devastated by an atmospheric event of unprecedented violence. Scholars have identified the tornado of Montello as one of the most powerful ever in Europe. The winds, which probably reached 500 km per hour, destroyed and damaged many buildings causing the death of dozens of people. In Selva there were three victims, a 40-year-old mother and a father of 25 with her daughter. The parish church, which boasted the most conspicuous artistic heritage of the entire diocese, was almost entirely destroyed. The history of this ancient church probably started around 800 AD. when a group of Nonantolani monks of Treviso, fleeing from the invasion of the Huns, took refuge on the slopes of Montello. Here they founded their own chapel, which they dedicated to San Silvestro, who became the patron saint of Selva. Over the centuries the structure underwent considerable changes but in the first half of the 1800s, thanks to the work of Don Giovanni Saccardo, the church reached its maximum splendor. He succeeded in placing inside the works of the major painters and sculptors of the Venetian school, recovered from the Napoleonic suppressions, transforming that poor country church into a small treasure trove of inestimable value.

After the passage of the whirlwind only tha façade , presbytery and bell tower survived. Precious marble altars , paintings by Paolo Veneziaqno , Tintoretto , Guardi , Fontebasso , Damini , Palma il Giovane were found under the rubble of the nave . The population, shocked and astonished, dug for hours to recover as much as possible, many of the paintings were seriously damaged (almost all are now present in the new church), marble altars almost completely lost, only the high altar was not affected and today we can admire it in all its majestic beauty.