The altarpiece, signed in one of the steps of the throne, under the keys of St. Peter, follows the pattern of the six figures of which the central is presumed to be the Virgin while another must be placed on a tympanum.

In the Bordone altarpiece, in fact, the Madonna is flanked by four saints while on the tympanum is the eternal Father, so as to make it legitimate. The work seems not originally intended for the parish church of Biancade: in fact, it is dedicated to St. John the Baptist who in the altarpiece is depicted only as a child and not with the grandeur that a saintly owner would have been conferred.

The criticism therefore believes that the painting may have been brought to its current location only in 1600. The altarpiece reveals the unmistakable imprint of the language of Bordone: the archaic setting of the altarpiece with the saints symmetrically set around the Virgin on the throne and the San Liberale in short skirt seems to suggest a dating around the ’30s with suggestions of Pordenone.

However, the Virgin’s screwing on the throne and a certain maturity in the Mannerist cadences such as the San Giovannino presented on the back, lead one to suspect a late chronology within the 40s of 1500. 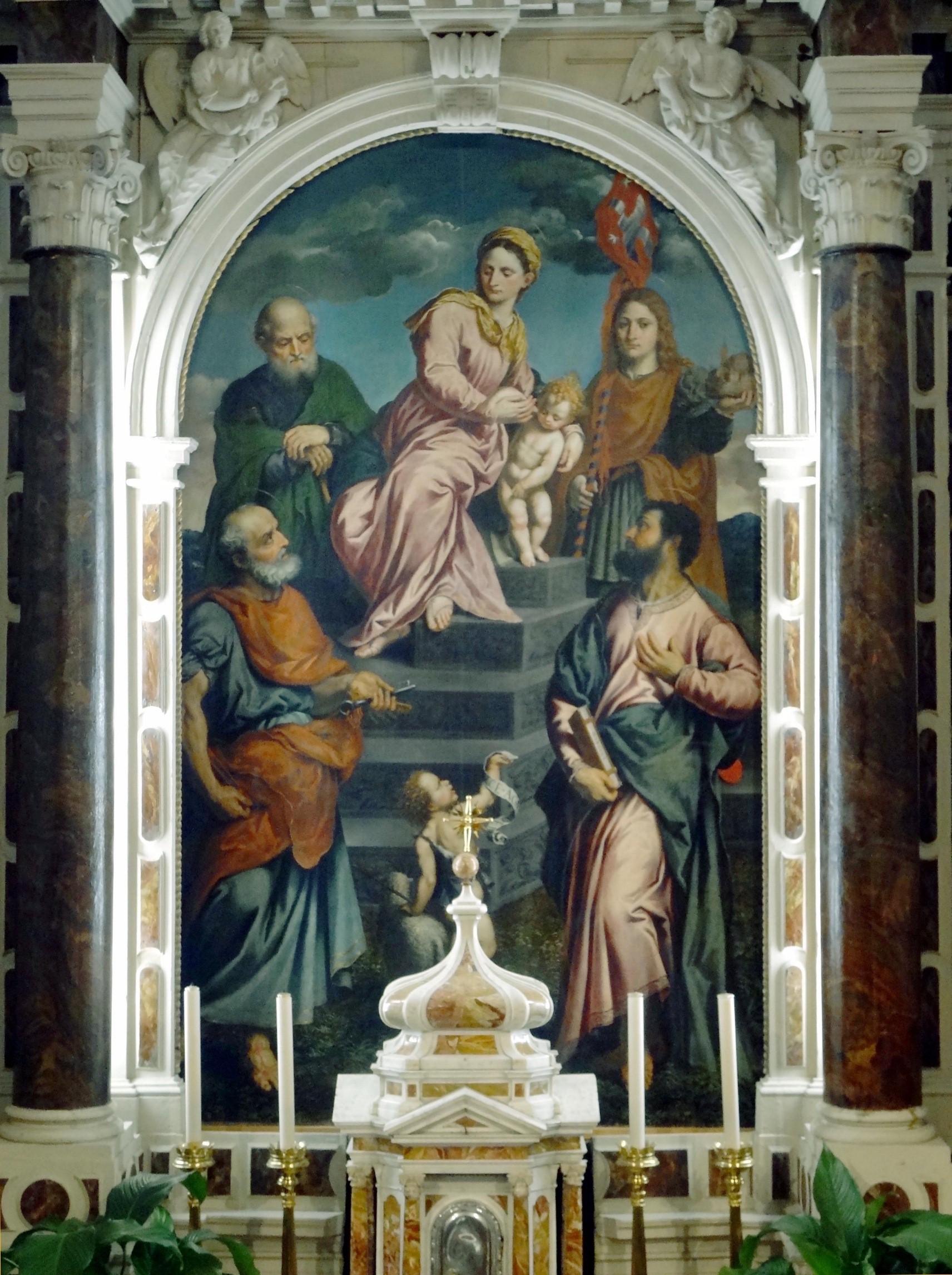 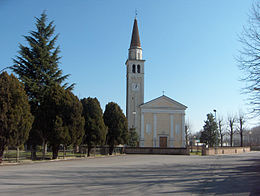