MADONNA IN THRONE WITH CHILD

The work was commissioned in 1492 by the Battuti school from Conegliano, in particular by Francesco Codroipo and Giovanni della Pasqualina, when the Cima was active in Venice.

The work, transported on canvas in 1963, on the compositional plane presents the disposition of the figures a little ‘flattened for the subjects of the first floor. The table presents, in fact, in a central position the Virgin enthroned with the Child in her lap while on the side left are the Saints John the Baptist, Nicholas and Catherine of Alexandria and on the right side the saints Apollonia, Francis of Assisi and Peter.

At the foot of the throne two figures of musicians give movement to the main scene of the sacred conversation for which the figures show themselves absorbed. The compact volume of the subjects is harmoniously modeled by a clear light that reveals precious details such as the bodice and the sleeve of Santa Catherine, moreover attitudes appear of solemn austerity.

The composition is inserted in an architectural context that looks at the sobriety and the classicism of the forms with a dome above the scene in which the evangelists Giovanni and Marco appear. At the back of the throne, a barrel vault with coffered behind which opens a blue sky. 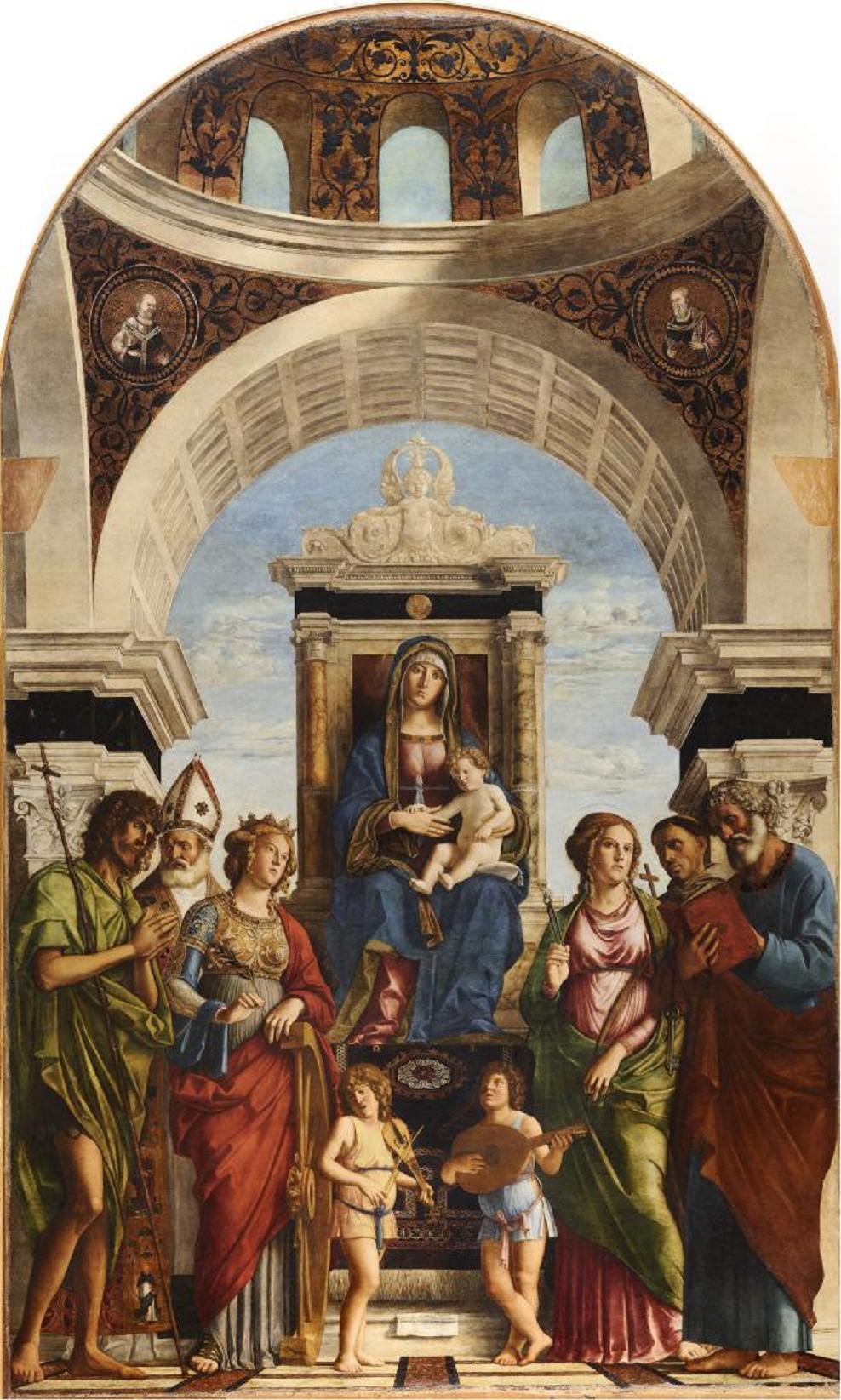 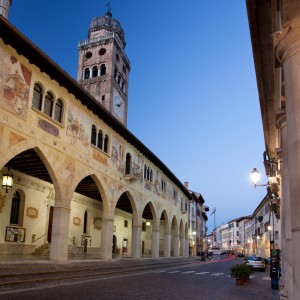 Closed on Saturday and Sunday