The work was originally on the wall of the choir, behind the high altar in the church built by the Gesuati di San Girolamo.

The altarpiece was then assigned to the town of Treviso, which assigned it to the Pinacoteca. The dating of the work is controversial, however, the perspective of the floor, the mannerist poses and the exaggerated reddening of the incarnates place it in the first half of the fifties .

Although built according to outdated models and repetitive iconographic forms, the painting does not lack in quality especially in the robust figure of St. Jerome in the bright red touches of the mantle and the fringe of the hat well detached from the bottom.

At present the sky is largely abraded and the figure of San Gerolamo presents retouches at the hips. Repainting and repentance can be seen above all in the little angel playing and in the mantle of San Gerolamo, which initially extended to half the garden. 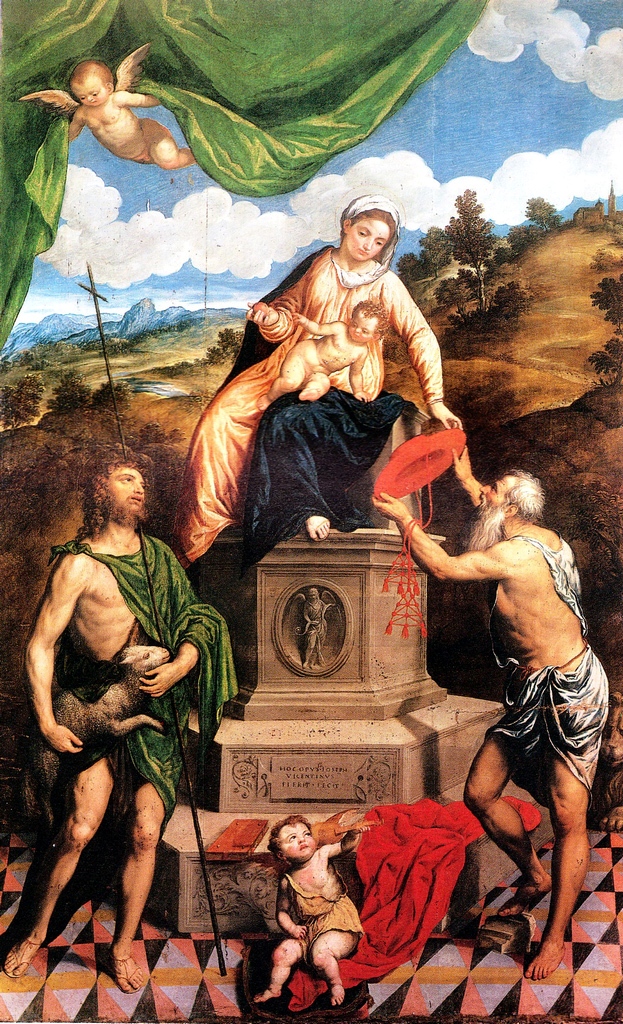 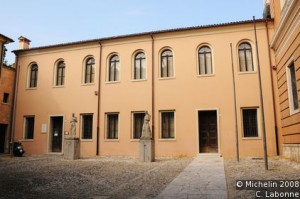