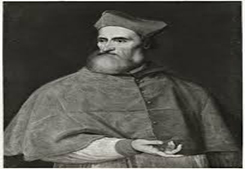 Pietro Bembo (1470-1547) was one of the salient figures of the Renaissance period; he laid the foundations of petrarchism and made a decisive contribution to the codification of the Italian literary language.

Born into a wealthy family of Venetian patriciate, he had a complete humanistic education and studied Greek in Messina at the school of C. Lascaris.Returning to Venice, he collaborated with the great printer Aldo Manuzio, where he published his first text: a short Latin prose entitled De Aetna (1496).In 1505, near Manuzio, he printed the Asolani, dialogues in 3 books in which poetry and prose alternate. A typical product of the court literature of Neoplatonic influence, the Asolani deal with the experience of love.The novelty of the work consists in the fact that the theme of love is developed not only in the canonical poetic form, but also in the prosaic one.The rhymes present are marked by a very rigorous Petrarch style. The Asolani title derives from the town of Asolo, where the Queen of Cyprus Caterina Cornaro held court, which was established here after the island had passed under the direct control of the Venetians.The dialogue – attended by three young Venetian scholars and three young women – took place at court, following a wedding party for a maid of the queen.