Decapitation of St. John the Baptist oil on canvas 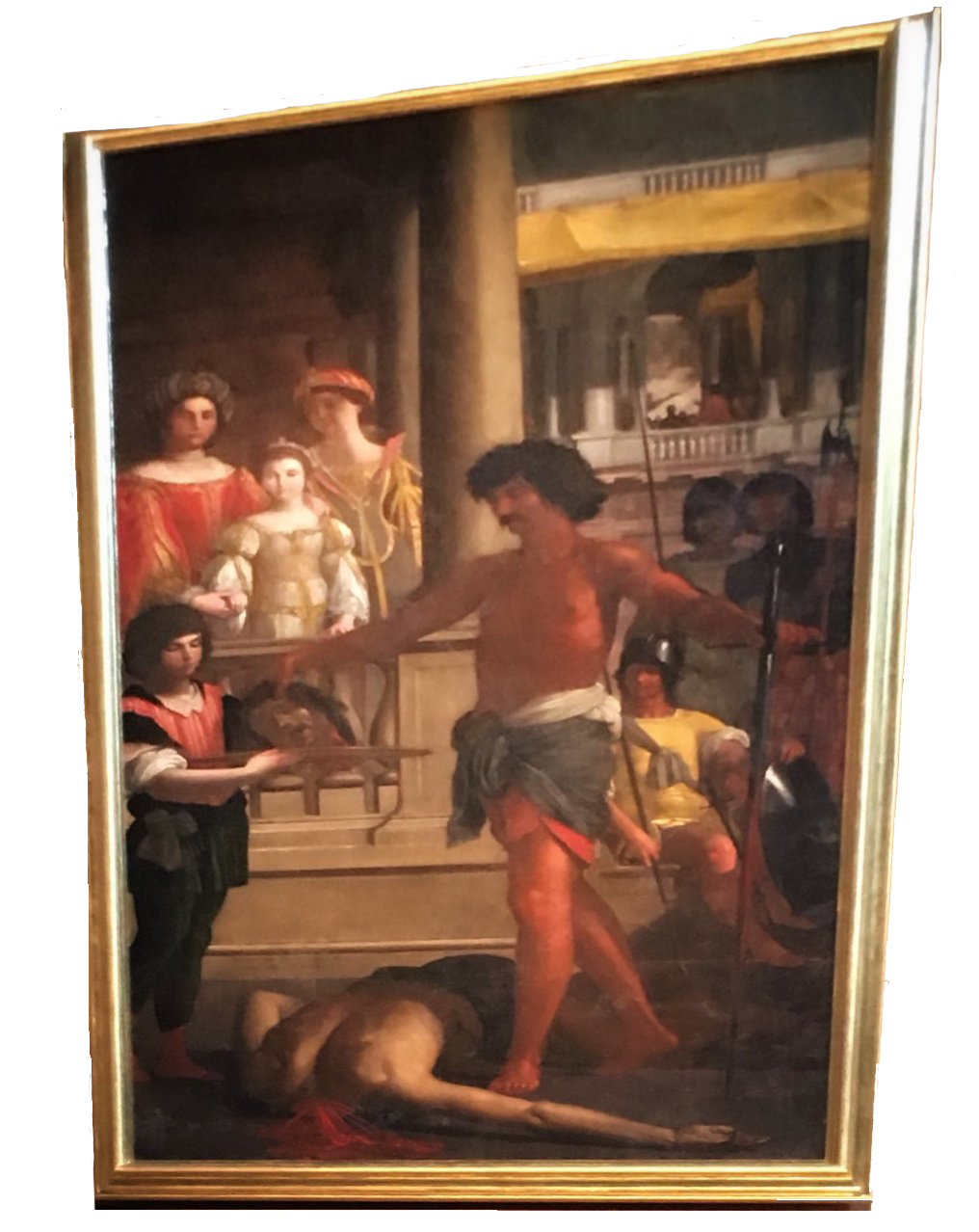 Audio for Decapitation of St. John The Baptist oil on canvas

Click here for Decapitation of St. John The Baptist oil on canvas

Pietro Damini 1592-1631 is an exponent of the late Renaissance, a pupil of Giovanni Battista Novelli. In his career he experimented various styles, sometimes naturalist, on other occasions he was an idealist and imitator of Titian. Among his most significant works are: Christ handing over the keys to St. Peter’s for the church of San Clemente in Padua; the Crucifixion for the Basilica of Sant’Antonio and the finding of the well of the Martyrs, an altarpiece that adorns the altar at the end of the Corridor of the Martyrs in the Basilica of Santa Giustina. While in the cathedral of Asolo there is the altarpiece of San Prosdocimo with Saint Nicholas. The decapitation of St. John the Baptist, placed to the left of the main altar, along the transept, is a painting brought to Selva, in the mid-1800s, by the parish priest of the time, Don Giovanni Saccardo, who had taken him from the Venetian depots where paintings from churches suppressed following the Napoleonic editions were amassed. Damini here presents a very articulate and compelling scene: in the foreground, the powerful figure of the executioner who lays the severed head of the Baptist on the tray supported by a page. The body, beheaded, lies on the ground in a pool of blood In the background, in the tribune, Salome, who ordered martyrdom, assists convinced, flanked by the family, all in rich clothes.