It is a painting on a wooden support divided into three panels, arranged in four orders, the whole of which is a unique story. It is located in the neo-gothic parish church of San Fior.

In the central panel the figure Battista shines, whose red dress stands out on the dark background of the curtain of trees in the background. The gesture indicating the hand refers to the cartouche with the inscription that always accompanies this saint

His figure is hieratic yet very human. All the saints depicted in the polyptych refer to the patrons of the nearby localities whose churches were dependent on that mother of San Fior di sopra above named after the Baptist.

The saints are all in full brightness in a beautiful landscape conceived as unitary. In the figures of the superior order one chooses the dark unitary background, according to the ancient Flemish tradition.

In this case, the extraordinary analytical skills of the old maestro.ma all the faces of the saints of the polyptych also show the inclination of the Cima to grasp in a timely and controlled way the expressive dimension of the heartfelt patheticism of each one. 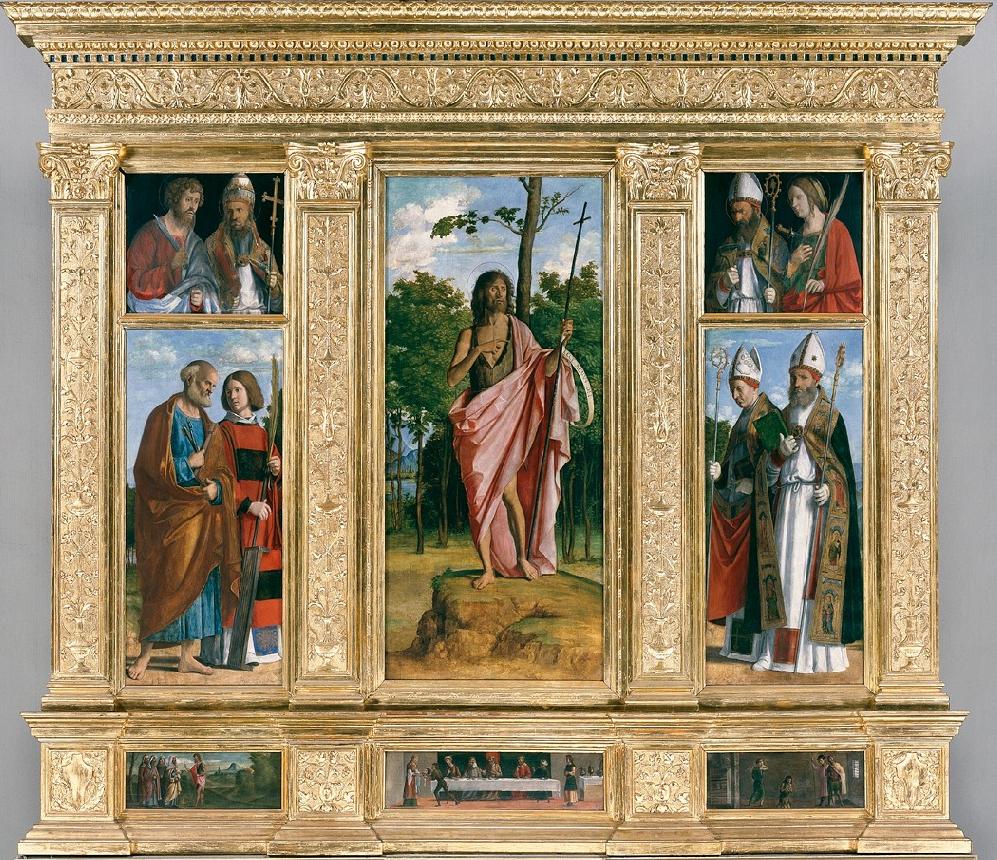 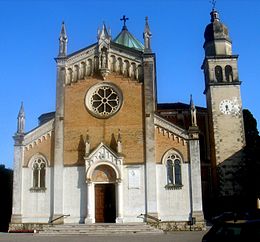