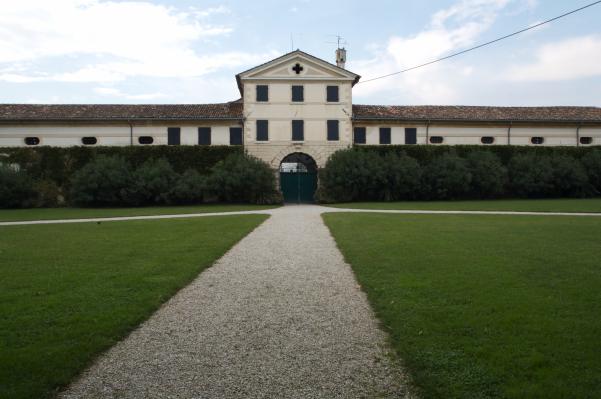 The vast complex of Villa Bressa, Guillion, Mangilli stands in the farming countryside of Pederiva, Montebelluna in the province of Treviso, and is formed of several buildings place in a U-shape around the large inner courtyard.
The master house stands in the centre, to the east the previous cellars and hay barns near to the road and to the west the farm buildings. A lemon-house and other rustic buildings stand near to the park which faces west, while the northern corner contains the noble oratory, where the remains of the members of the Mangilli family are buried.
The inner courtyard is lawned, with gravel paths running through it and adorned with bushes, while the romantic park at the rear has several different species of plants and flowers, rare trees and a lovely lily pond, partly limited by a stone balustrade. Luxuriant forest trees form the park and an original green tunnel crosses the garden.
The villa was commissioned in late 1400 by the Bressa family, for farming purposes to back up their large possessions. In the 18th century it was extended and the banks were formed to hold the country residence as well. The new owner, the French musician Alberto Guillion made further alterations in the 19th century, which can be seen in the current appearance of the complex.
The oldest wing, which is still used as a cellar, is formed of two storeys in the side sections and three storeys in the centre: the main entrance door is in the central section, decorated with ashlar work and a keystone. The façade has regular windows on the top floors, ashlar decorations on the corners and a gable with a quatrefoil window in the top, while the barchessas have small square windows on the ground floor and oval ones on the top floor, and are joined by horizontal bands.
The 18th century house is a two-storey building, limited by two taller buildings, with an opening held up by columns that joins the entrance courtyard to the inner one.
The most rustic wing of the complex is a two-storey depressed arch building and the stables with interesting terracotta horses heads and fake arches with corbels.
The cellars are interesting with the wood ceilings and the coats of arms of the families on the walls in the entrance. Splendid wood truss beams enrich the sampling room, which is heated by an original fireplace with archaic stone columns.
It is now head office of the Amistani farming company and a private home; it also houses catering and congresses. 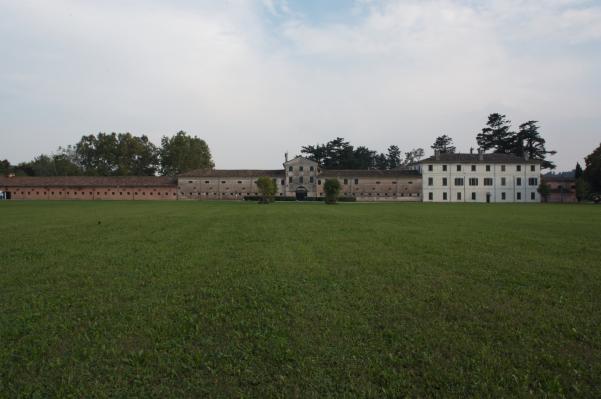 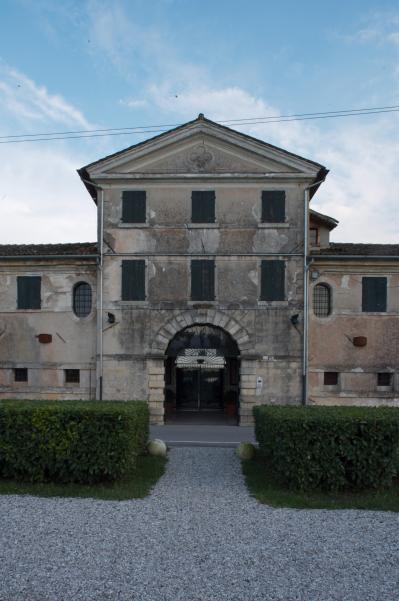 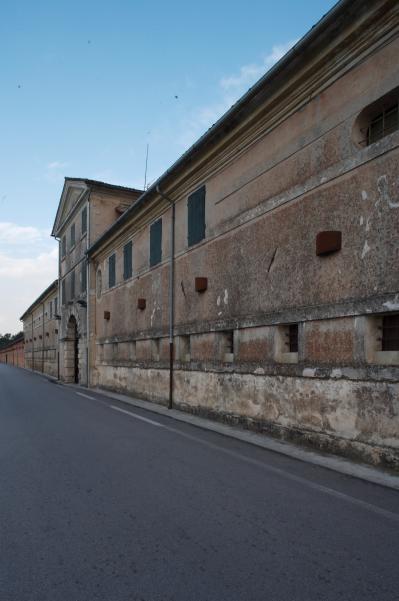 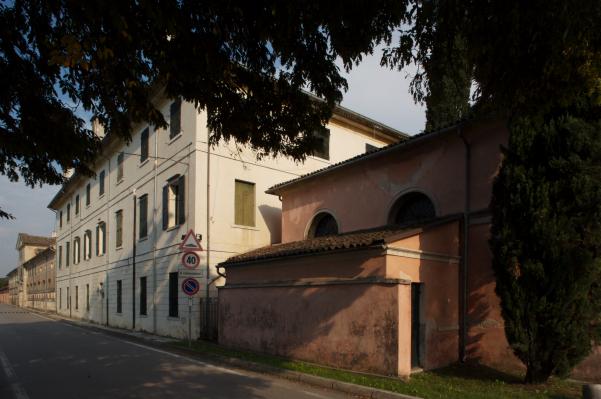 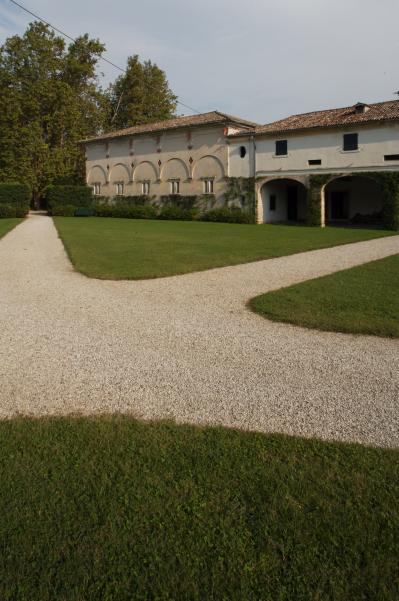 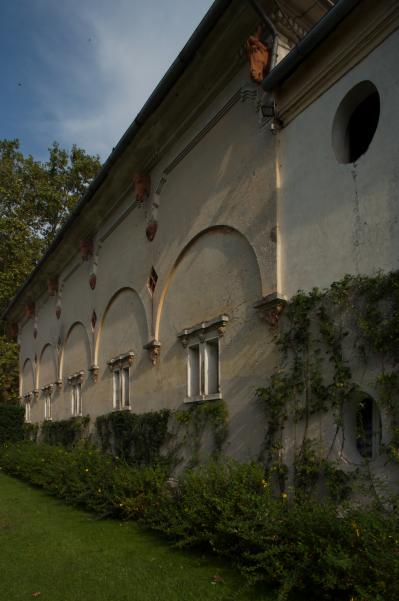 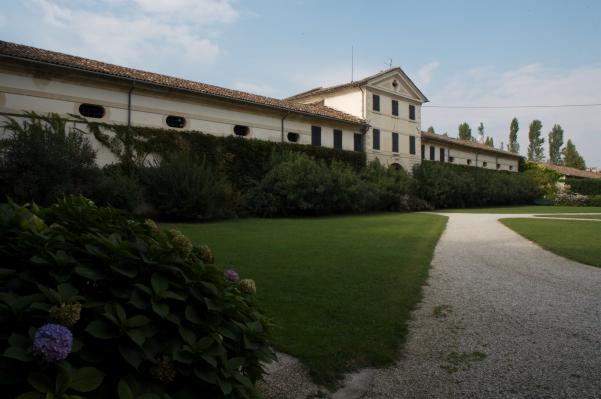 Open by appointment : Barns , outbuildings and park outside

JOIN IN THE WEB SITE OF THE VILLA