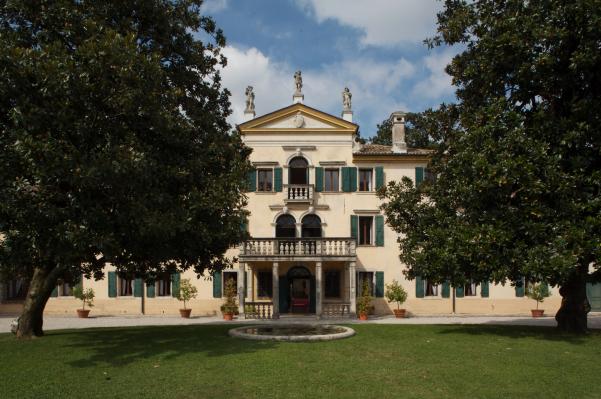 The large complex of Villa Groppo, Trevisano, Caragiani, Calvi, De Faveri, Tron, Chiappetta stands in the countryside near Covolo, in the municipal area of Pederobba. Originally it was reached along a long tree lined avenue, of which only a few remains of the columns of the old gate are left today: unfortunately that space is now run through by the trunk road, which reduced the area for the main entrance. A gate, with ashlar columns and statues coming from a villa in Campocroce, introduces us to the courtyard in front of the villa, which is formed of buildings set in a U-shape, with an oratory at the right end which overlooks the road. To the rear there is a large park with a simple fishpond and a lemon-house next to the borders of the property.
The villa was built in late 1600 for the Groppo family, Venetian merchants, who had a smallish farmhouse built that was later transformed and extended in Veneto villa style. The noble oratory dedicated to St. Theresa was also built at that time. Unfortunately, as Andrea Moschetti says, the villa of Counts Caragiani was seriously damaged, previously an elegant 1700 building, and according to him  it was rebuilt in a similar although not identical form, and the 18th century furnishings and some paintings attributed to Piazzetta were lost.
The three section master house with wings at the sides is built on three storeys, and the adjacent out buildings are on two. The central section has an arched entrance on the ground floor with a balustraded loggia above that was added at a later time. On the piano nobile there are triple lancet windows with keystones and on the second floor a single-lancet window decorated with keystone gargoyles and stone balustrade. A gable with the family coat of arms and acroterion conclude the composition at the top.
The small church is interesting with the base and corners with fake ashlar pillars, relief decorations with mirrors, trabeation door with a window above closed by elegant iron bars, and a denticulate gable with the stone family coat of arms at the top.
Inside the villa there are traces of 18th century Venetian floors and stuccowork which are conserved in the Stucco Hall on the ground floor. The central hall leads off to the other row of rooms, which are reached through a series of stone doors with impressive stone fireplaces of various shape and style, but which are all original. Painted ceilings and wood inlaid floors enrich all the rooms.
Occupied by the military commands during the two world wars, it is now the head office of a farm company and weddings, conventions and cultural events are held there. 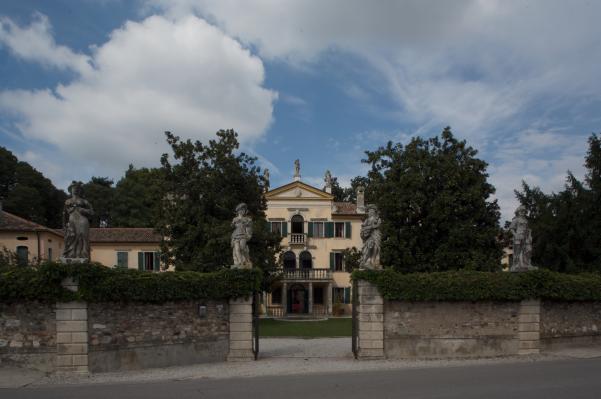 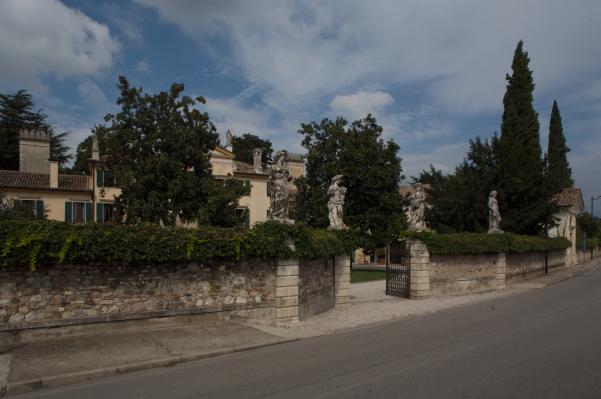 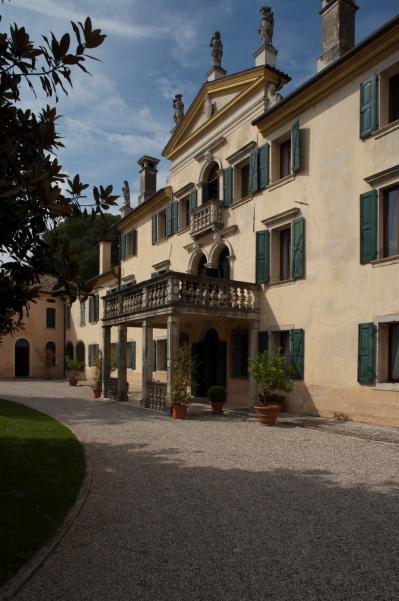 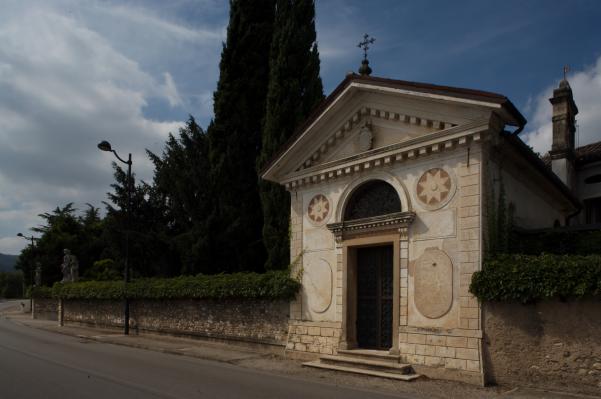 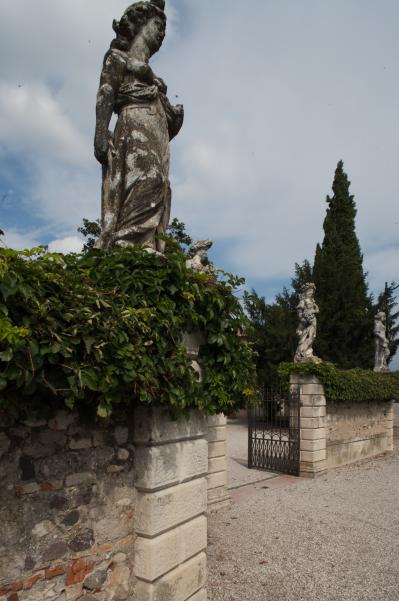 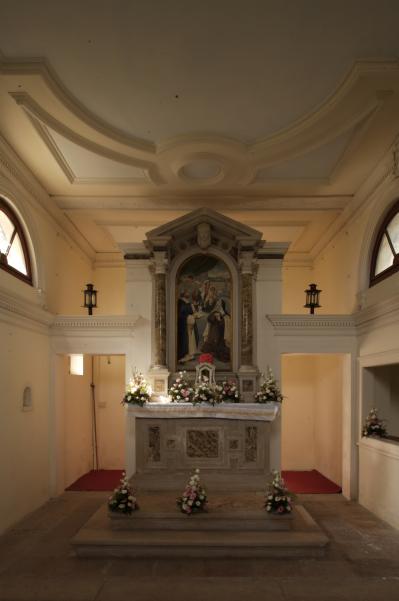 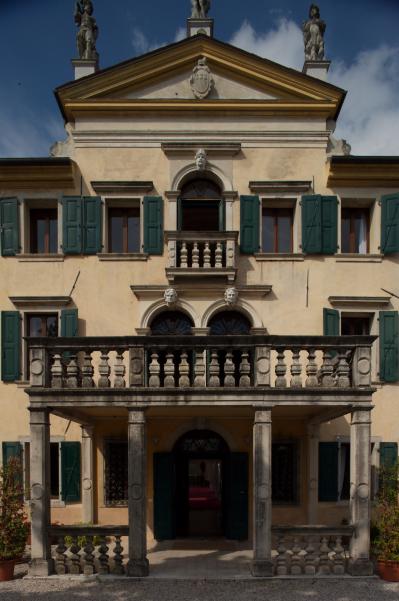