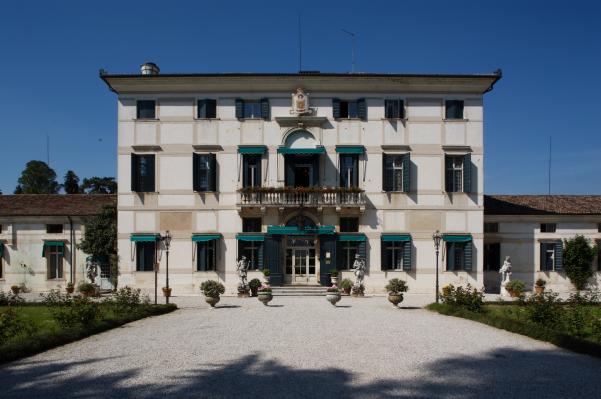 The villa stands in the countryside near Mogliano Veneto in the province of Treviso. After entering the refined wrought iron gate of the main entrance, the tree lined avenue crosses part of the garden to lead to the villa. There are two barchessas to the sides and a large door beyond the one on the right, surmounted by a curved tympanum which leads to the gardens behind. The private chapel stands alongside, with a simple façade and inside some sumptuous baroque decorations. The lovely park was designed by Sebatoni, an architect from Brescia, and has numerous different varieties of trees and plants, and a small lake, hillocks, paths and bridges, with the remains of stone furniture dating back to the romantic period.
The villa was built in 1743 for the illustrious Venetian family, Condulmer, and is probably on the remains of a 12th century Benedictine monastery; towards the end of the 18th century it became the property of the Grassi family, when Giovanni married Margherita Condulmer, and later passed onto the Tornielli, Bonaventura and finally the Monti family.
The master house is a simple rectangular three-storey building. The elegant façade has three rows of rectangular windows, followed and crowned by short cornices. The central part contains the large curved entrance door; on the piano nobile a long balustrade contains the large Serlian window. Near to the coping above an architrave, there is the sculpture of the noble coat of arms. The wings are built on two storeys: the long barchessa to the left is L-shaped and has an airy arcade with large arches, while the one to the right is short and straight and closed on the ground floor. 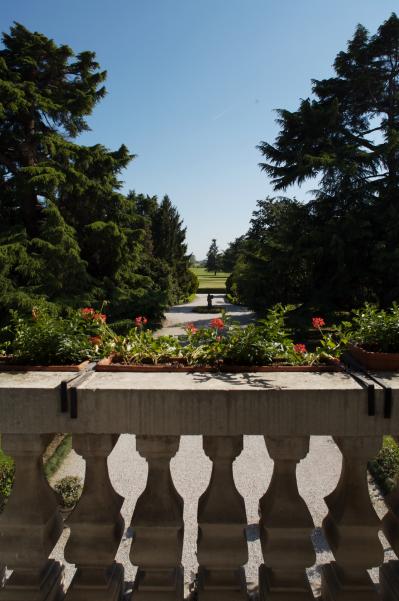 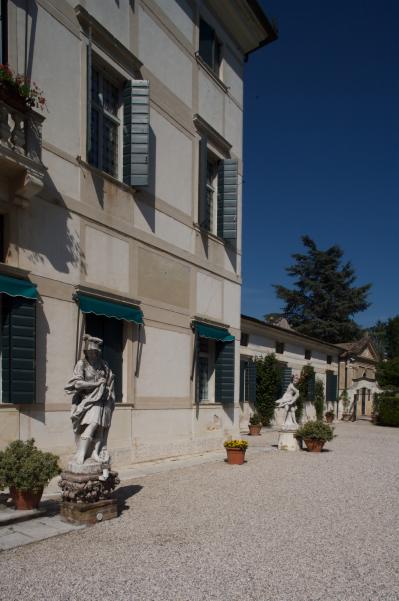 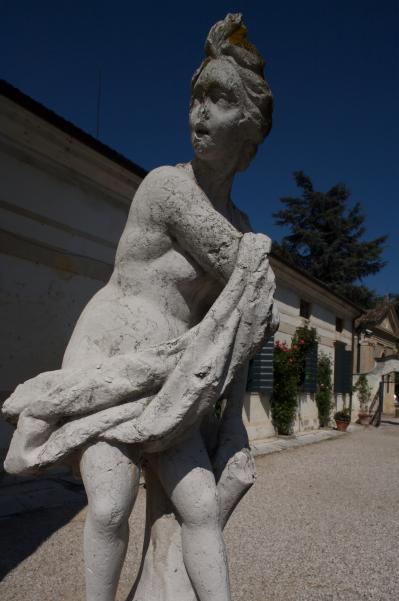 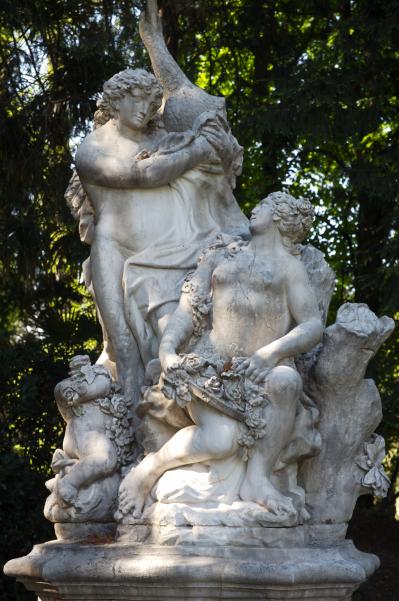 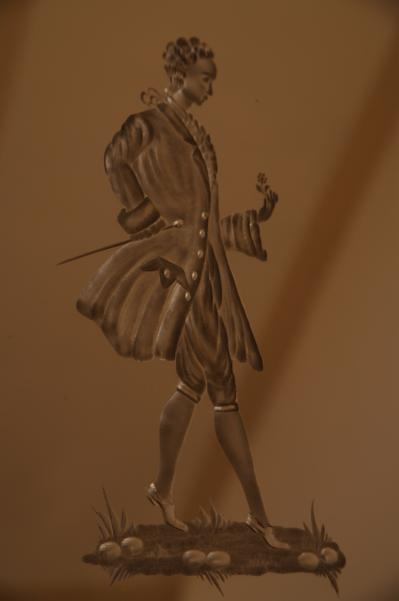 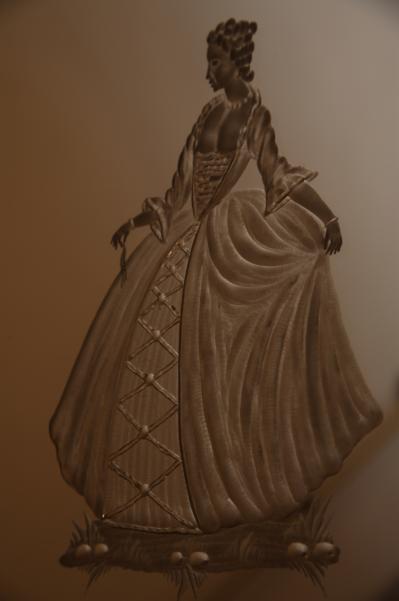 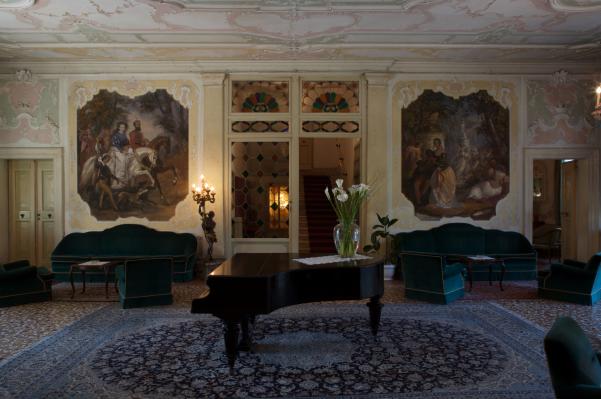 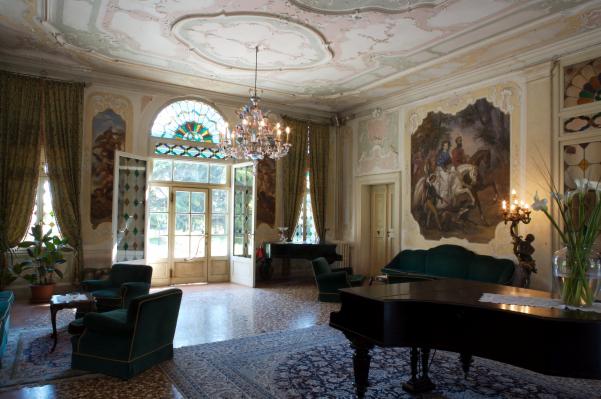 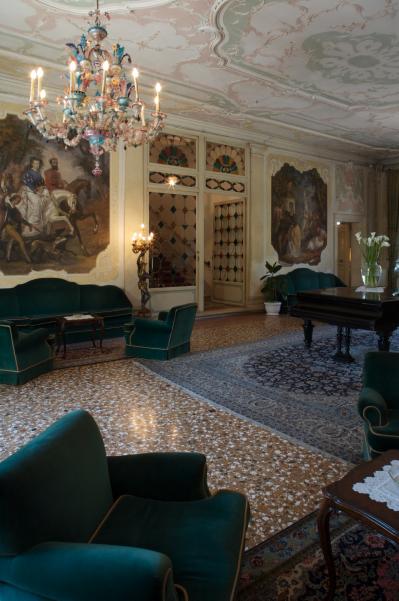 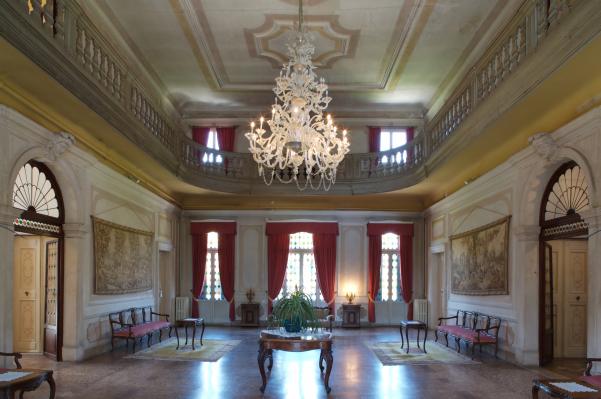 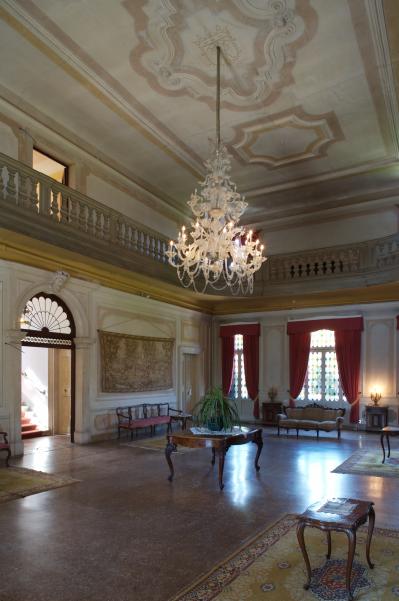 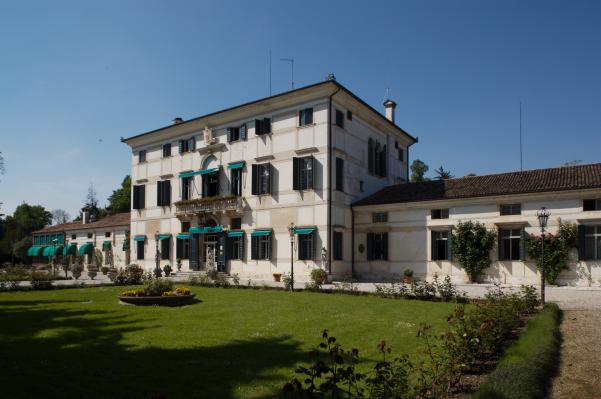 The villa rotates around the central axis; a concert hall dominates the double-height piano nobile with a wooden gallery above; the side rooms open from it. The interesting, rich interior decorations include some 19th century frescoes with rural scenes by the artist Eugenio Moretti Larese on the ground floor, and stuccowork, marmorini, Venetian terrazzo floors, valuable period furnishings, such as furniture, clocks, tapestries, musical instruments and elegant chandeliers in all the other rooms.
Besides having been the home of illustrious diplomats and important men, has had among its guests Giuseppe Verdi and, more recently, the previous USA President Ronald Reagan. The complex now contains a golf course and riding stables (in the fields near to the park), a swimming pool (in the entrance garden), a restaurant and hotel (in the barchessas). The master house is now used to house important cultural and worldly events.

The villa is open from Monday to Sunday

Note : The Villa is open for all the hotel guests. External visitors can access if booked or during the FAI day (access to ground floor of the Villa, to the barchessa and garden)