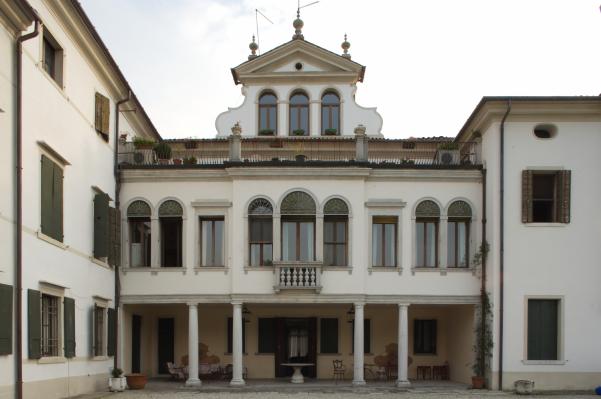 The complex is situated in the farming area of Casier, in the province of Treviso, in the hamlet of Dosson, and is formed of several buildings and outhouses situated around an airy courtyard in an L-shape. A large 19th century park with forest trees, a lake and romantic ruins encloses the complex, highlighting even further the scenographic effect.
The villa was built by Baron Berlendis in the 18th century on the site of an ancient Benedictine Abbey. When the family dynasty died out at the beginning of 1800, the estate was bought by Giuseppe Maria De Reali, an illustrious political figure. When he died in 1860 his son Antonio had the villa rebuilt and extended, and remodelled the 13 hectares of the park; over the following years, it was all enriched further with numerous archaeological finds and precious collections. The property became part of the Canossa estate only in 1937, when Teresa De Reali, last in her dynasty, married Marquis Giuseppe di Canossa.
The master home is situated in the centre of a long block of buildings and is built on four storeys. The main façade to the south is in 18th century Venetian style with a triangular tympanum raised up with pinnacles, a balcony on the piano nobile and classic elegantly framed rectangular windows. The north façade has a wide loggia on the ground floor, limited by four columns, on the first floor there is a central arched triple lancet window and two side double lancet windows and on the last floor the usual tympanum with acroteria at the top and baroque volutes. The interiors have an unusual layout and they are exquisitely decorated with elegant Venetian stuccowork and period floors and ceilings. 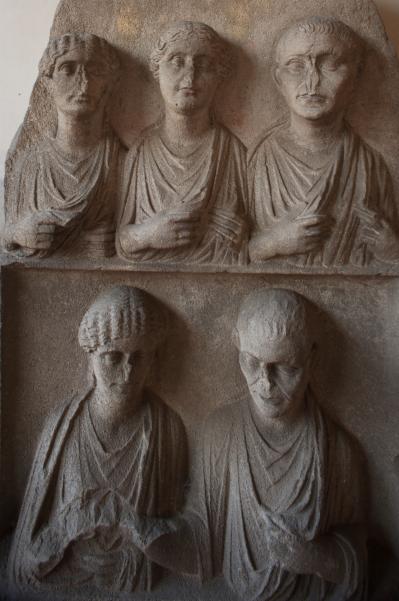 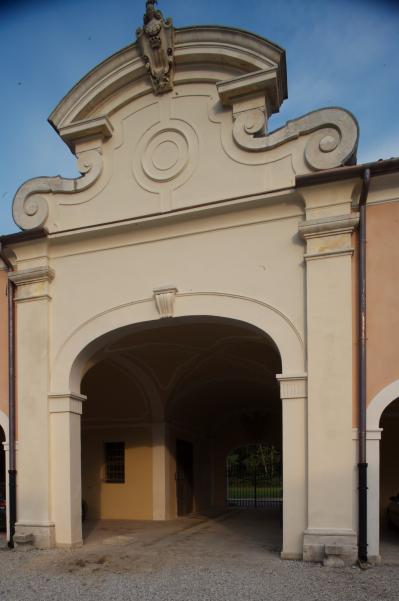 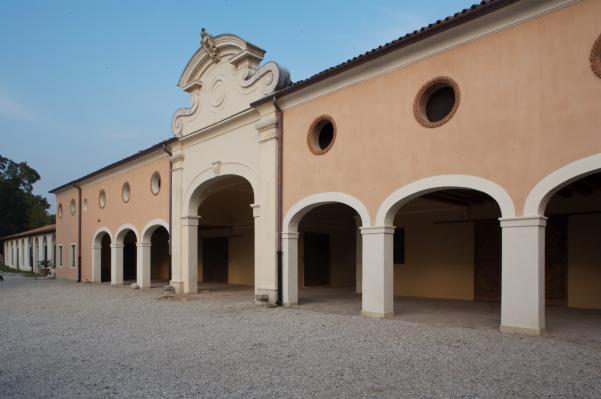 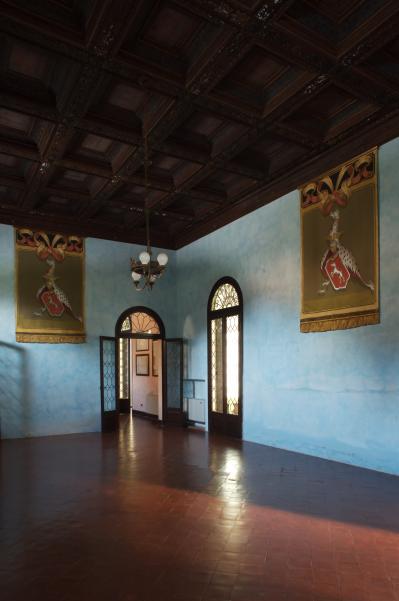 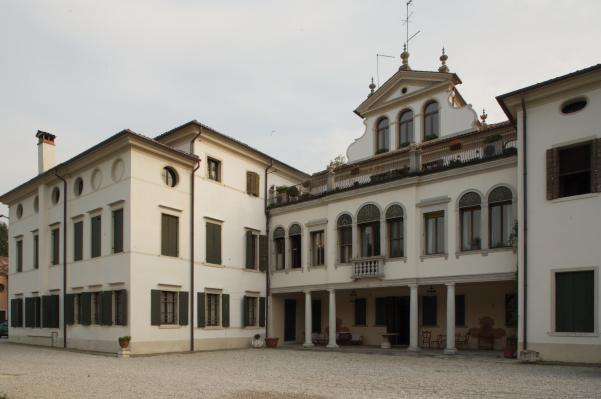 Among the various outhouses (stables, greenhouses, smaller homes, wells, Benedictine oratory), the barchessa on the short side and the western wing with the De Reali coat of arms on the façade are very attractive, completely arcaded on the ground floor with arches on three sides and original Roman columns coming from the digs in the property in Altino (like all the other finds that have been placed in this part of the complex). Inside the villa there is an excellent collection of antique maps on show.
During the Second World War the villa was headquarters for the Austrian command, and some very illustrious people stayed there: Umberto I of Savoy, Duke of Aosta, King George of Greece, Gabriele DAnnunzio and Ernest Hemingway.
The complex is now organised to house conventions, exclusive receptions and important cultural events.