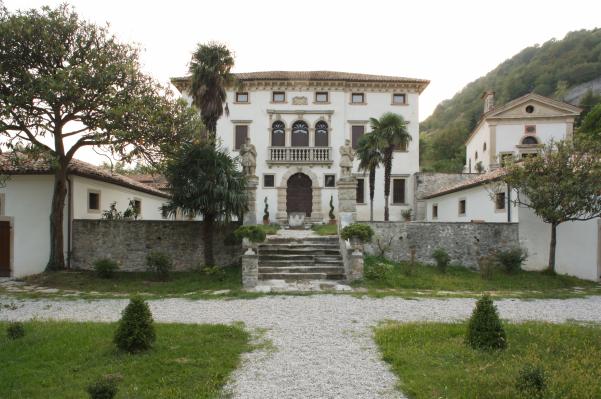 Villa Palatini stands on the hills of San Fris, with a lovely panoramic view of the nearby historic centre of Ceneda.
The complex is on a gentle slope, with the main building in the centre of a raised garden with a well-curb, which is reached by a flight of steps with stone pillars and statues at the top, bordered at the sides by two identical barchessas on a lower level. A side flight of steps leads to a lovely consecrated oratory to the north of the land, dedicated to St. Oswald, counted among the public churches in the cathedral parish, but still belonging to the Palatini family.
The Doglioni family commissioned the construction of the villa and chapel in 1721. The noble Palatini family still own the complex, which they acquired from Bigontini in 1821.
The main building stands on two storeys plus an attic, with the main façade, and the rear simpler one, divided in three vertical portions. The slightly jutting central part has a rounded arch entrance on the ground floor, decorated with keystone mascerons, on the piano nobile there is an original triple lancet window decorated with keystone mascerons with a simple trabeation above supported by brackets, which gives an idea of the internal classic division with a central through hall and side rooms; on the attic level there are a moulded cornice and small windows with stuccowork between showing the year the villa was built and references to the Doglioni dynasty. The barchessas are built on just the ground floor, with a rectangular layout and pavilion roof. The church door is surmounted by a thermal window and limited by corner square pillars holding up a tympanum, beyond which is the original bell gable. Inside the church, the damaged ceiling was recently renovated, and there is a rich altar with a stone statue of St. Oswald surrounded by a gabled door with angels on the top.
The interiors of the villa are simple and refined: on the ground floor period stone slabs embellish the entrance foyer and a larin heats the kitchen, while on the piano nobile, which is reached by two rounded arch doors with keystones, there are terrazzo floors and delicate floral decorations on the walls. The attic has open beams.
The villa is now a residence and cultural and society events can be held there on agreement with the owners. 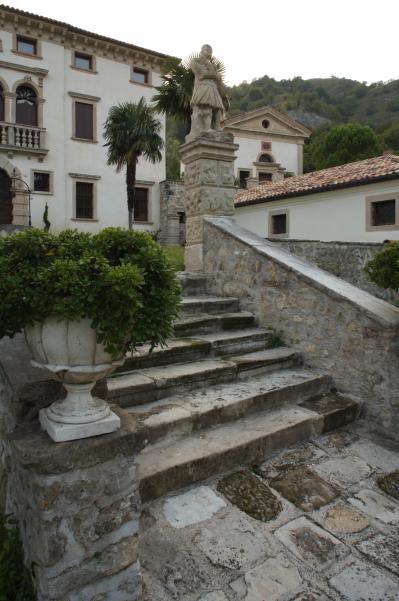 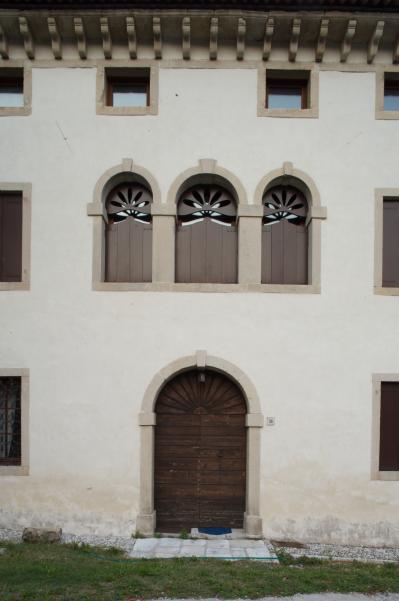 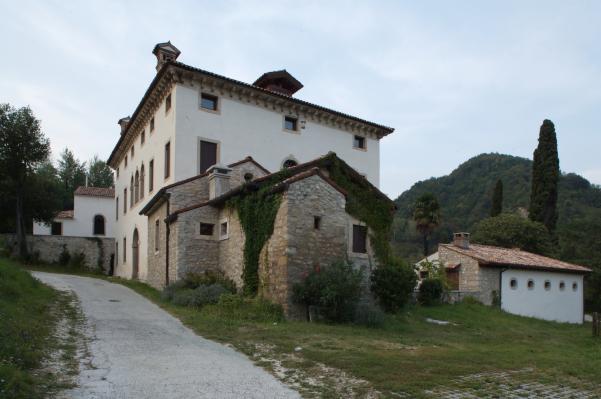 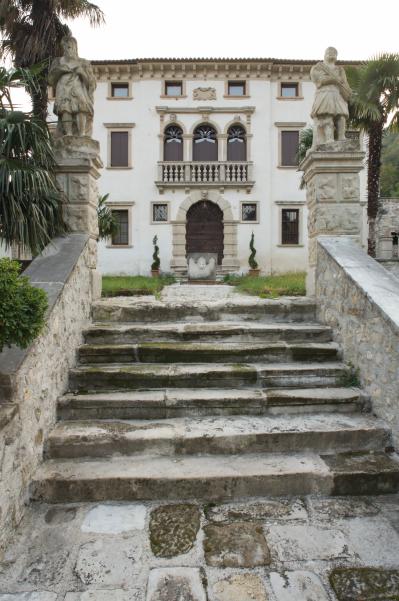 Note : chapel and garden can be visited only by appointment.