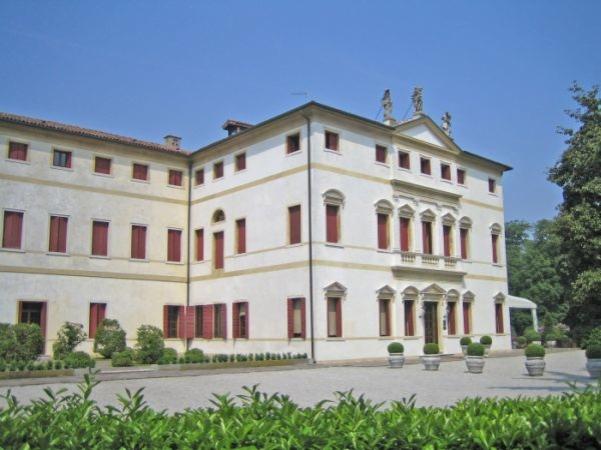 The Villa is located in the city centre of Scorzè (Venice). The entrance leads to a ample courtyard next to the house, whilst all around there is the precious 800 park , in which is possible to admire some secular trees like magnolias, horse chestnut, linden tree and oaks, a green English lawn, a small lake and the grotto which should have hosted the ice house.
According to the tradition the first plant of the Villa goes back to the XIII century at the time of the Scorzadis; more certain is the 500 intervention with the construction of the central core, built for the Venetian family of the Soranzo. Later, in the 700, architect Andrea Zorzi was appointed of modifying the Villa to make it look more neoclassical and, in 1835, Count Tommaso Mocenigo Soranzo ordered to architect Giuseppe Jappelli the widening southwards  over the ruins of a previous rural annex of the building  and the remake of the vast park.
The Villa grows a lot compare to the south annexes and it develops over three levels. The main front presents a compositive scheme of a classical type la cui linearity is measured by the series of rectangular windows on the first two floors and by the one with squared ones of the top floor, by the stringcourses, by the frames of the central lodge and by the adorning at the top. The central section, which slightly protrudes and elevates itself with a gable surmounted by elegant allegoric statues, contrasts the horizontality giving back balance and harmony to the facade. The decorations at the noble quarters level are excellent pieces of work with balustrades and four Corinthian pilasters that support the moulded frame.
Inside, the 500 plan dominates the space: the entrance hall has at its sides, small saloons and, opposite to these, the lunch room with the original boiserie made of antique nut wood and the library with the noble coat of arms of the family. Opposite to the entrance, the monumental imperial staircase by Andrea Zorzi with columns and Corinthyan pilaster strips, enhances and highlights the importance of the ground floor. An ample central ramp leads to the two lateral ones which climb up to the passing loggias of the first floor, facing the main staircase, the park and the front courtyard. All the building was originally decorated with 500 fresco paintings attributed to the Veronese school, of which we can admire some well kept parts in the rooms at the above floor together with a 700 marmorino coating and original wooden floorings.
During the two World Wars the Villa was utilised as Military Hospital and shelter for homeless people.
Nowadays is bound to be a restaurant and hotel and hosts exhibitions, music and cultural and literary events. 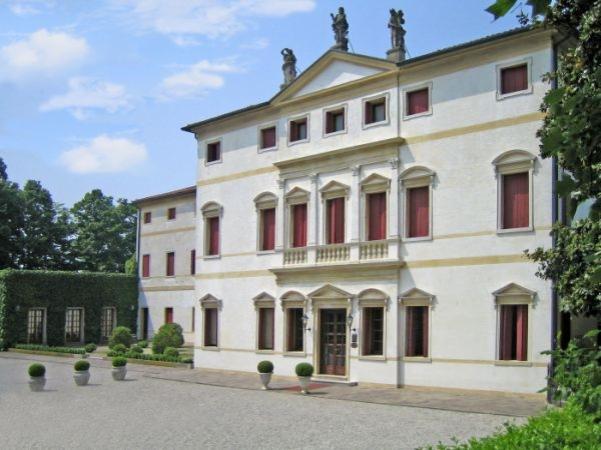 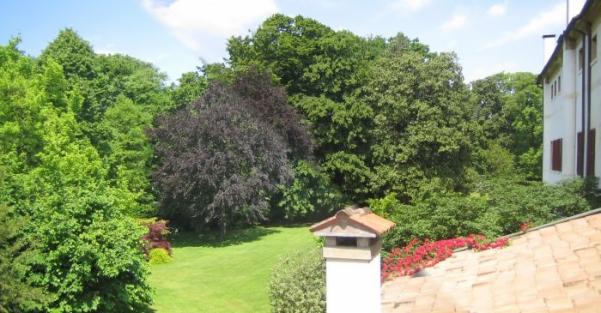 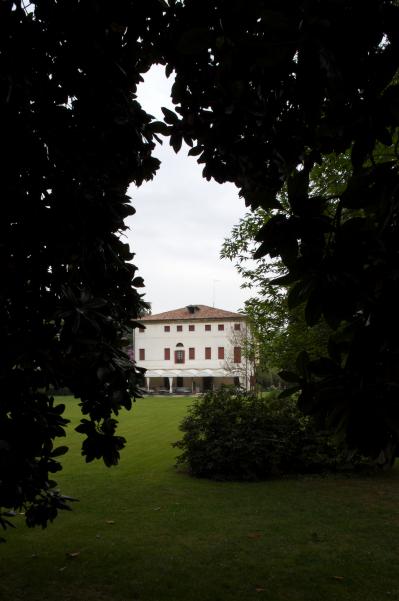 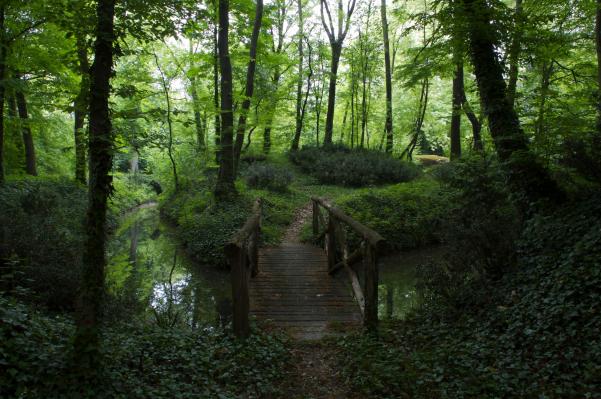 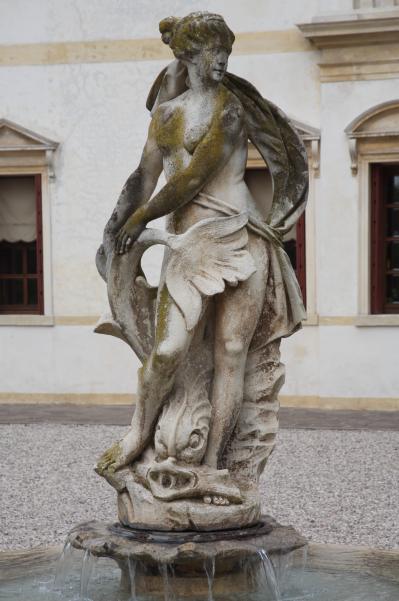 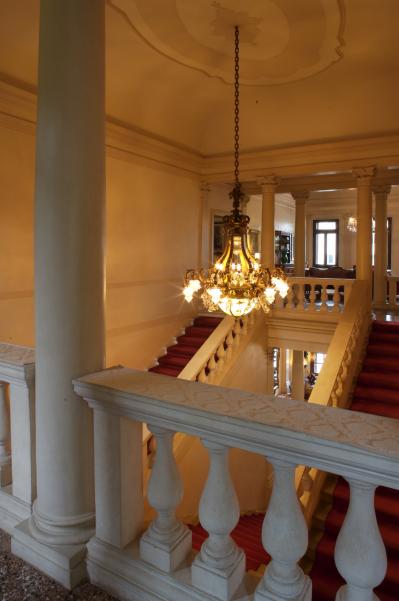 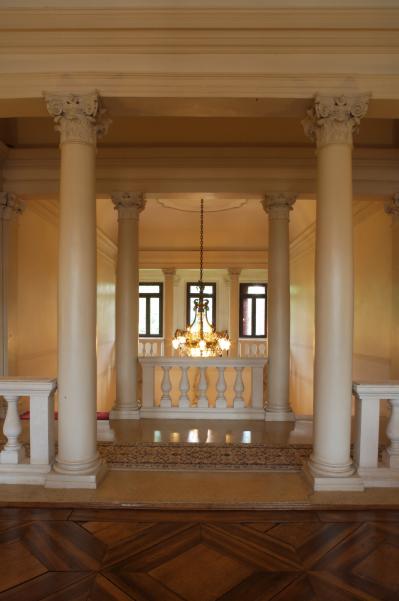 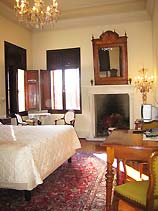 We can organize wedding receptions and garden parties up to 200 people. Ask us for any information.

We are an ancient Villa Veneta, and as all Nobiliar palaces the Piano Nobile is the floor of bigger and nicer rooms, with faux-marbres and frescos. At top floor rooms are smaller but always decorated and furnished with an ancient touch. We have 3 rooms with living room, one is the former Countess Room and 2 are penthouses at top floor. All rooms have a nice view on the garden.