Breda di Piave is a small country village near Treviso and is where Villa Spineda stands. The complex is formed of a central building, with two arched side barchessas, an arcaded building with an interesting central tympanum used as a farm building, and a large open area to the south.
The villa was built around 1790 by the architect Giovanni Miazzi for Count Giacomo Spineda. In 1792 the interiors were decorated by Bernardino Bisson, who composed his most important cycle of frescoes here.
The property remained with the Spineda family until around 1871, when it was bought by Girolamo Dal Vesco and then inherited by the current owners.
In the 20th century the complex was damaged during both wars, and the garden and original park disappeared. Around 1960 the villa was renovated however.
The main building has a symmetrical façade, closed by a triangular tympanum crowned by tall ornamental vases, with a regular series of rectangular windows, alternated at the top with pilasters with Ionic capitals. The entrance, a narrow balcony and, above, the large stone coat of arms of the Spineda family follow the symmetrical lines of the building. On both sides of the villa there are barchessas with arcades with three rounded arches, broken up by rectangular openings. At the ends of the barchessas there are two Venetian chimneys. The rear repeats the same layout but is much simpler. 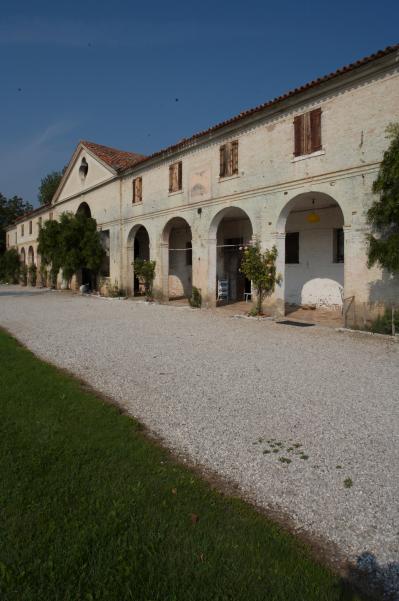 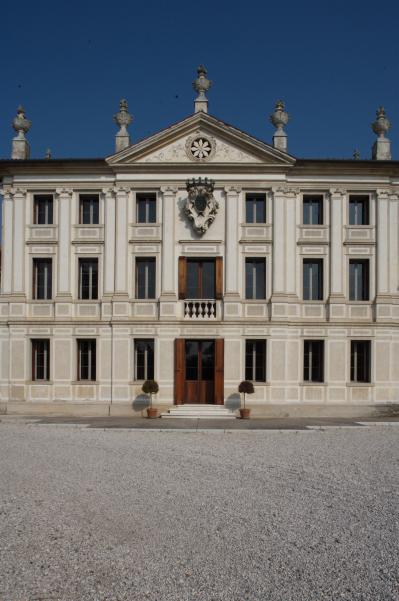 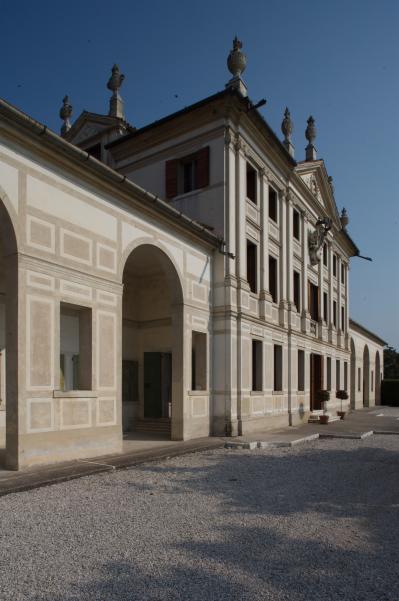 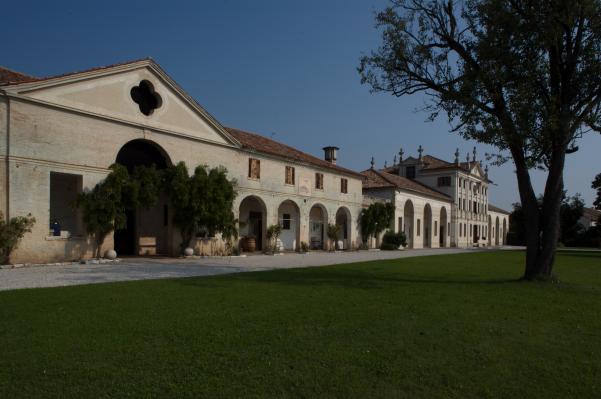 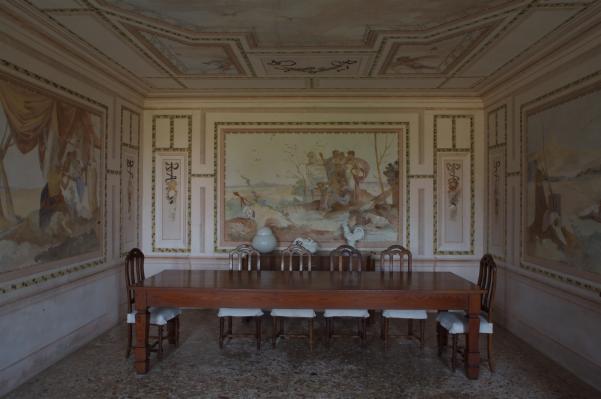 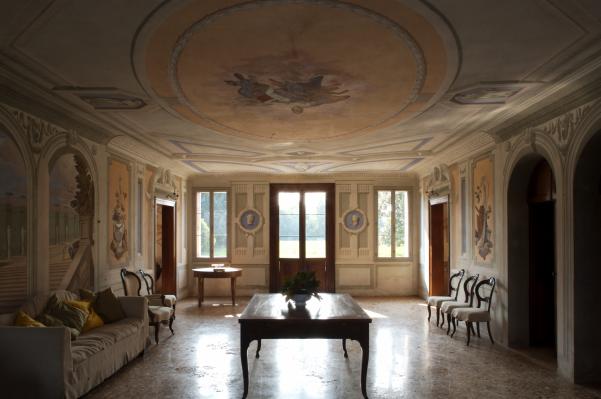 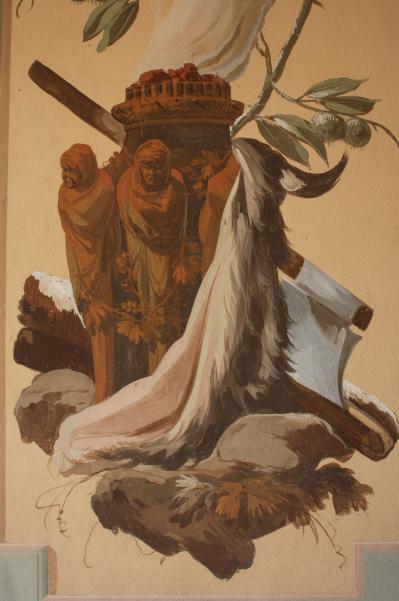 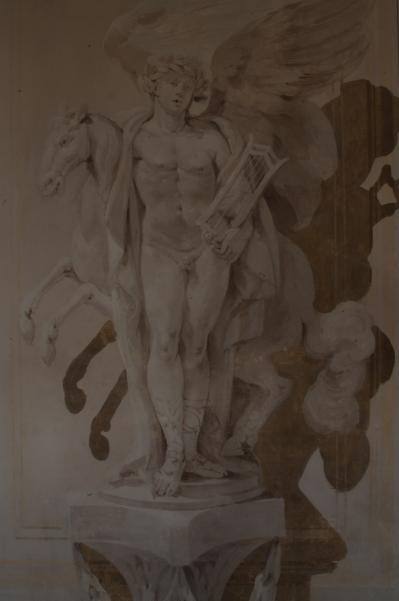 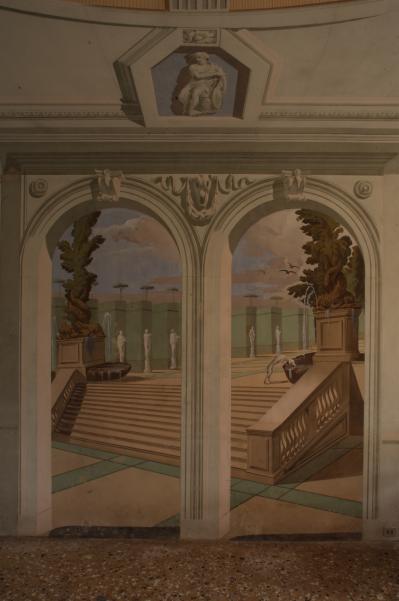 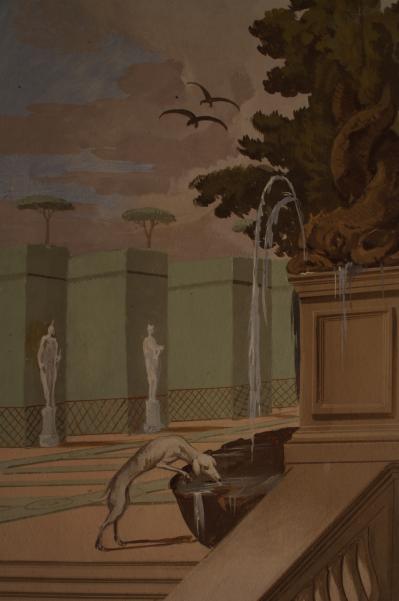 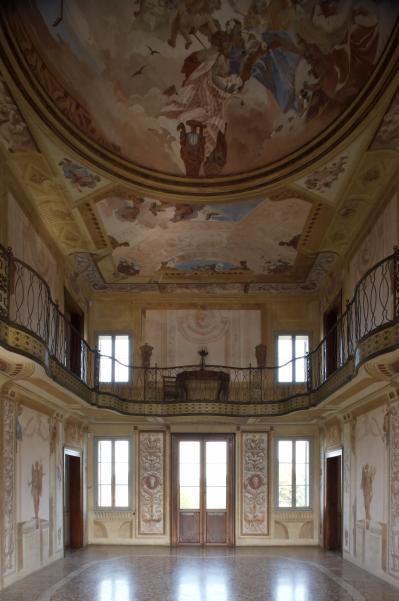 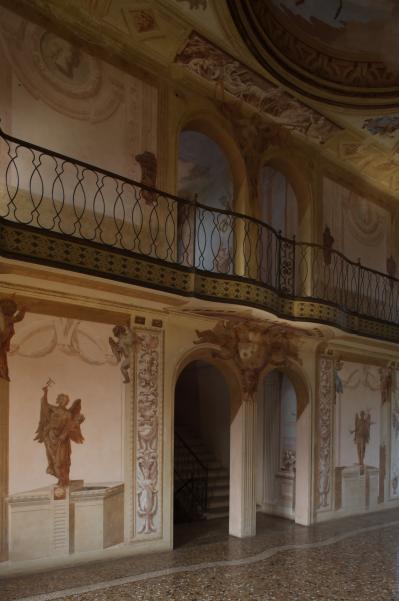 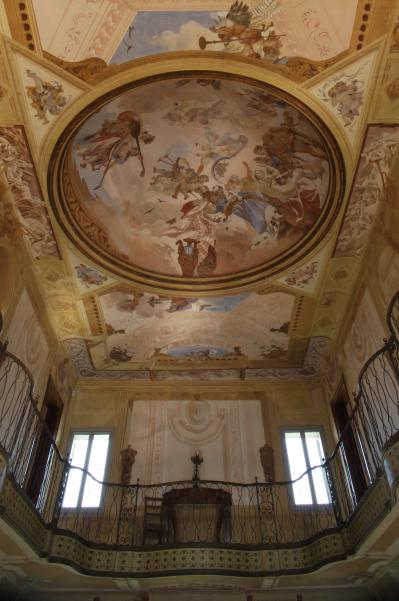 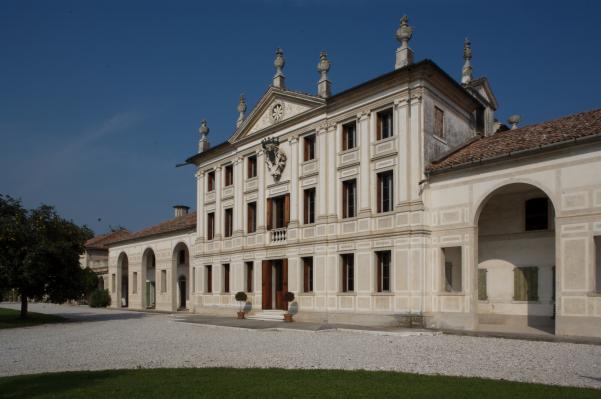 Inside there is a central hall and four side rooms; on the piano nobile there is a double height hall. The rooms on the second floor can then be reached from a gallery. The main stairway is positioned off centre and completely frescoed. The floors are Venetian terrazzo. The walls and ceilings in the villa conserve the 17th century decorations by Bisson: mythological or historic paintings, pastoral scenes and fantastic landscapes, inspired by classic style. On the ground floor there are allegorical scenes and mythological divinities, on the piano noble in the double height hall, there are mythological scenes and classic architecture that create illusionary landscape views. To the sides of the hall the rooms open called Divinity, Ruins, Continents and Animals. Finally the halls that overlook the gallery have a series of putties, vases and symbolic figures in monochrome.
Ugo Foscolo stayed at the villa several times in the past, but it is now used for theatrical events, classical music concerts and fashion shows.

Note : Only by appointment

The ticket is free for single visitor.The tickets are only for groups,with prices negotiated each time.