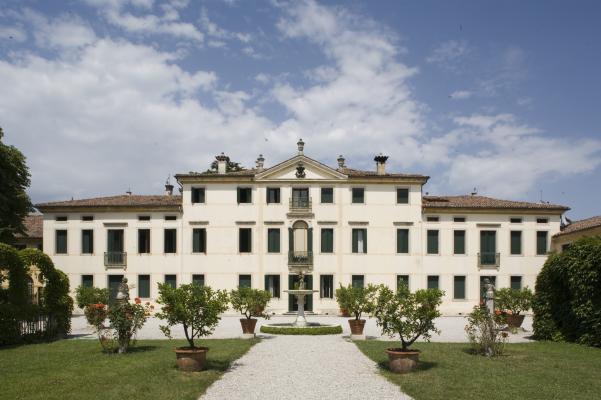 The villa is situated in the centre of Codognè in the province of Treviso, immersed in the Treviso countryside. At the side of the property we can still see the baroque church that belonged to the villa that was built in 1780, which conserves a painting of the Resurrection of Lazarus by Lazzarini. The large lawned garden in front of the villa is surrounded by a lovely large fish pond bordered by balustrades with decorative stone vases, while the lovely park is situated to the rear of the property. The artificial hillock can be seen on the other side of the road that used to contain the icehouse.
The construction of the villa dates back to the beginning of 1700 to a project attributed to the architect from Padua, Girolamo Frigimelic, commissioned by a Venetian merchant family, the Toderini De Gajardis, who had recently been up-ranked to nobles.
The complex is linear and classic in style: a single block with the master house built on three storeys and two-storey side wings. The main façade is extremely scenographic, symmetrical and follows the Palladio style with the typical series of rectangular windows. This part underlines the representative nature of the building with the large triple-lancet window on the piano nobile, which opens onto the balcony supported by columns on tall bases, and the curved window with balustrade above. The raised gable with the family coat of arms emphasises even further the importance of this section.
The side barchessas have windows on both levels with decorative arches to frame those on the ground floor, which close with the two ends crowned by a gable similar to that on the master house. The entire façade is divided by pilasters and cornices which are of a different colour to the light plaster on the walls and give just rhythm and balance to the composition, while the baroque decorations and gargoyles ornate the walls beneath the windowsills and keystones of the arches on the ground floor. 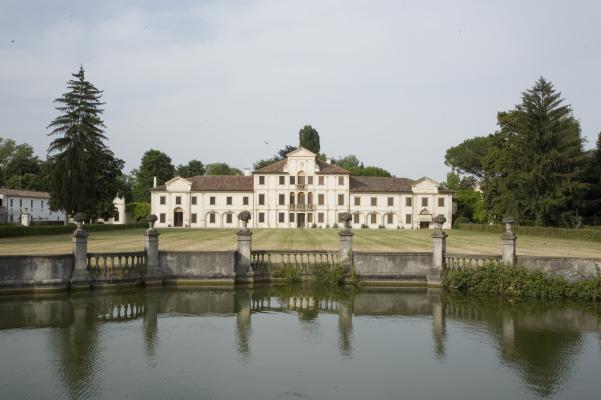 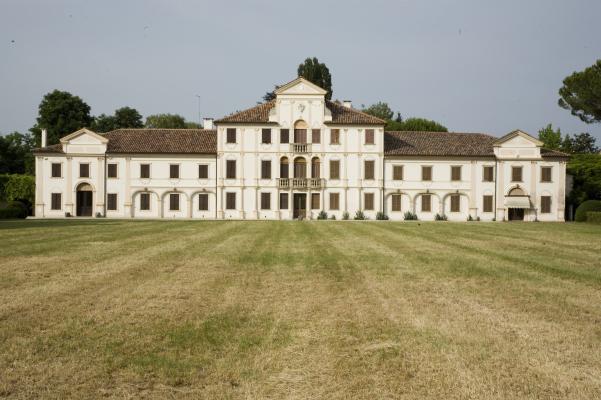 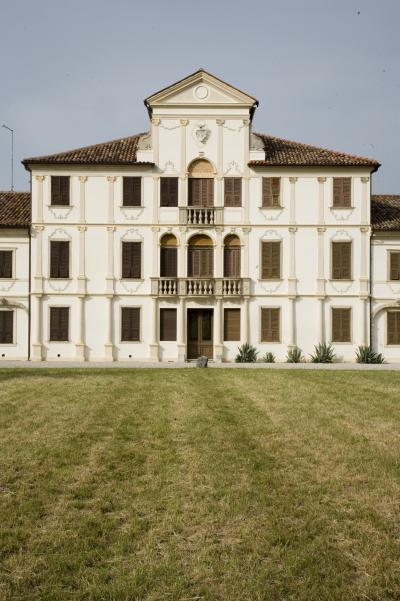 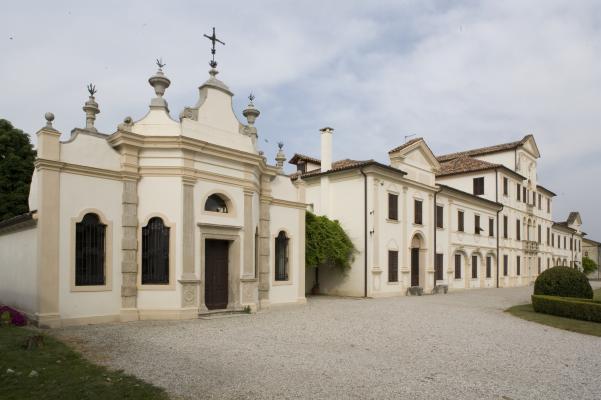 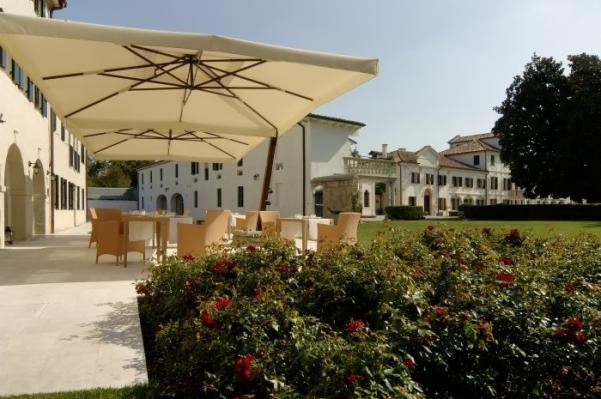 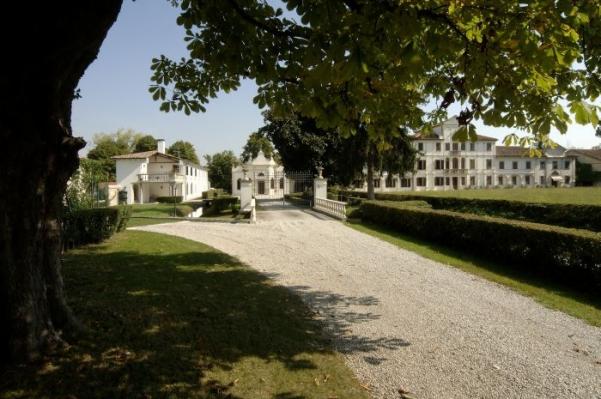 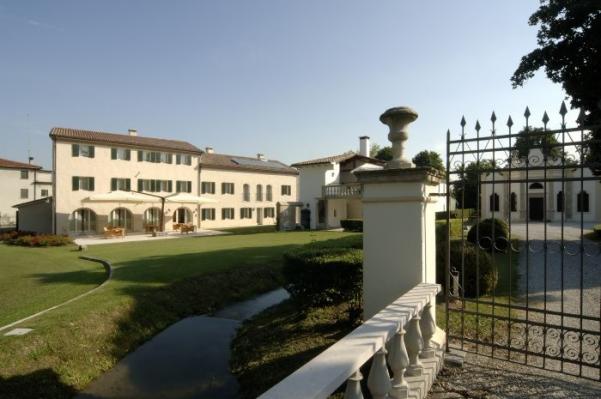 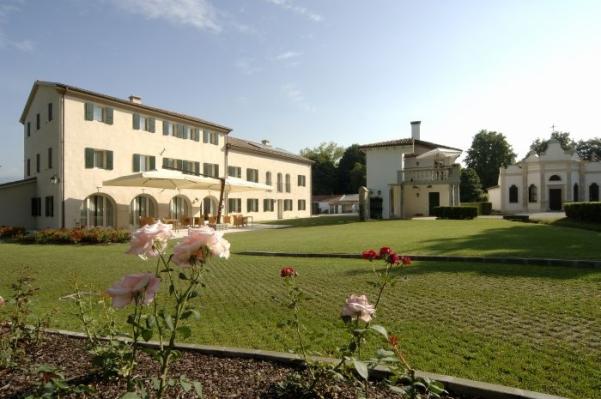 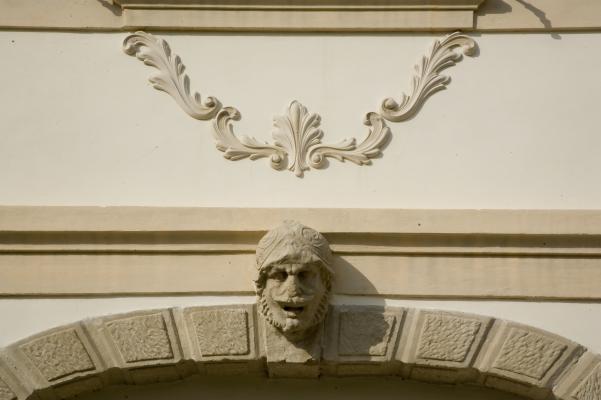 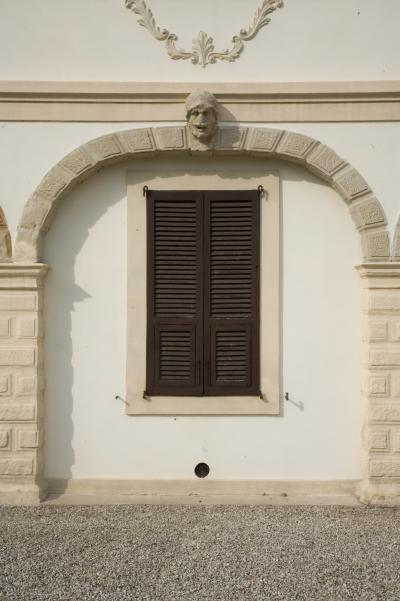 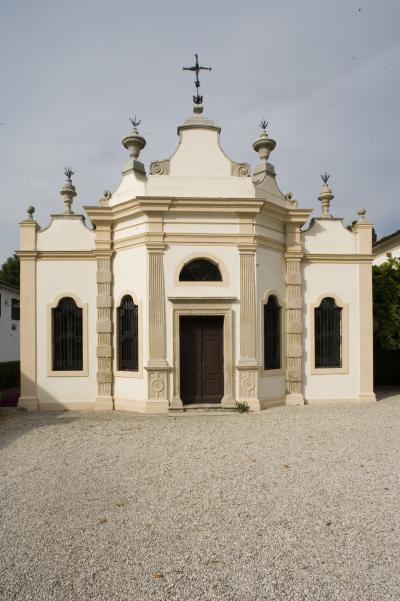 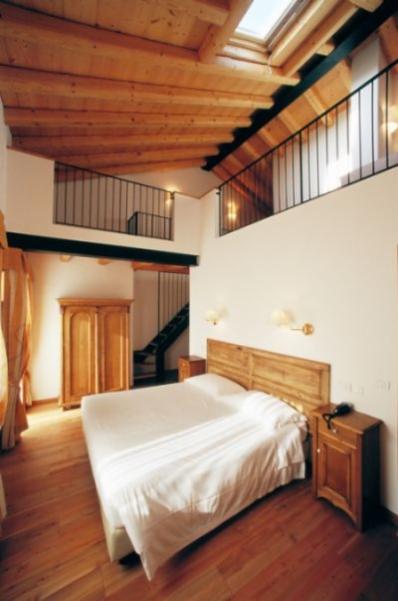 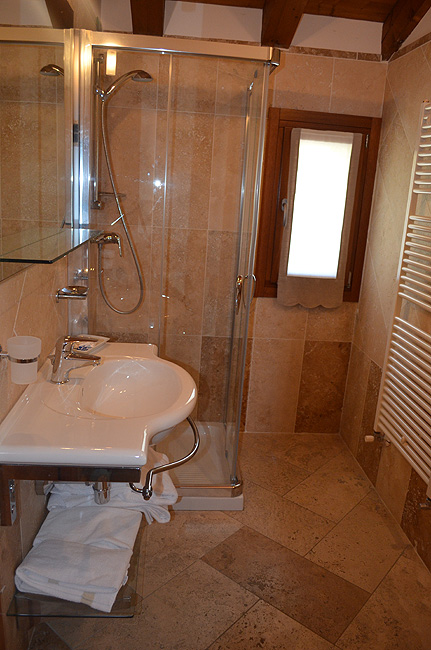 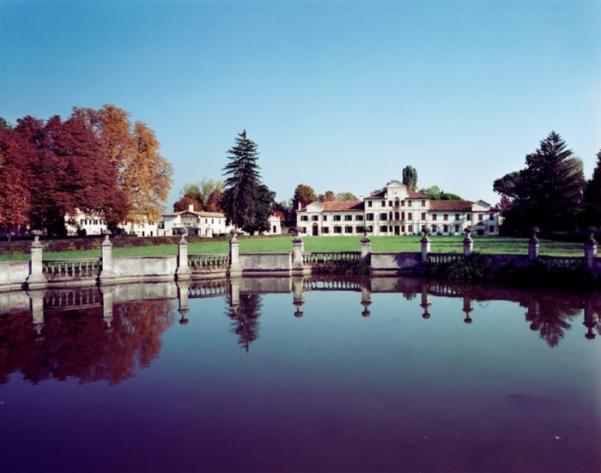 The interiors have some lovely Venetian terrazzo floors and elegant 20th century stuccowork.
Last century the villa was headquarters for the Austrian command during the First World War and for the German command during the Second World War; it was partly bombed but fortunately was reconstructed later on. It is also famous for having had the poet Ugo Foscolo as guest there at the beginning of 1800, who dedicated two odes to Maria Toderini.
The complex is now being fitted to become a tourist attraction and house cultural events.

Note : the exterior of the villa and the park can be visited by appointment. The visit is free.